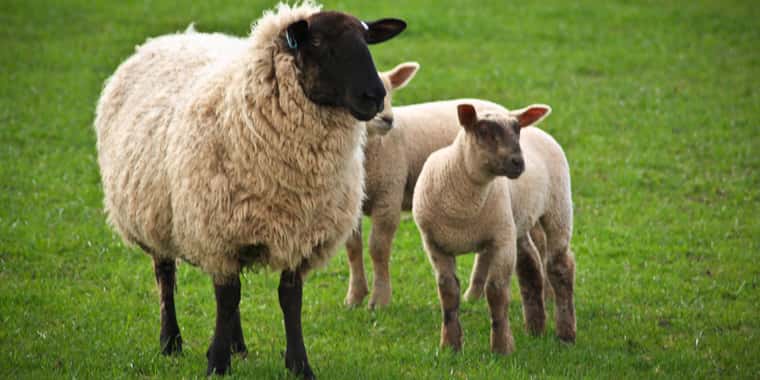 Fluctuating markets.  A lot of product in cold storage.  More animals on the ground.

The above scenario may not work out in every commodity, but that is the reality right now for the U.S. sheep industry.  Northern Ag Network recently spoke with Peter Orwick, Executive Director to the American Sheep Industry Association.

The reality of the sheep market is that we’ve seen prices double and cut in half in just the last few years.  There has been a lot of volatility to this market but fortunately, according to Orwick, things have recently gained stability.  In fact, he says that they’ve been on a steady increase since October of last year.  According to Orwick, “The feeders that are bringing these lambs in are going to be dealing with the most competitive corn prices they’ve seen in years.”  He says that gives them the opportunity to make money.  Domestic wool prices, on top of that, have also been meeting or exceeding the world price.

Lamb in the Freezer

Since January, Orwick says that sheep producers have been watching the amount of product in cold storage.  While it is something to watch, it isn’t something rare for the meat markets.  It’s their belief that most of the lamb in the freezer is imported.  Orwick says that this is a function of the currency exchange rate, adding that “even after these federal elections, our exchange rates changed and that just brings in more imported product.”

The cattle prices are up.  That’s no secret.  But as ranchers are having problems getting enough cattle put together, Orwick says that some producers are turning towards sheep.  He told Northern Ag that they’re seeing this play out in every state outside of California as ranchers are looking for something to graze excess forage.

The American Sheep Industry Association will be celebrating 150 years at their upcoming convention in Reno, Nevada.

How Much Will Thanksgiving Dinner Cost You This Year?