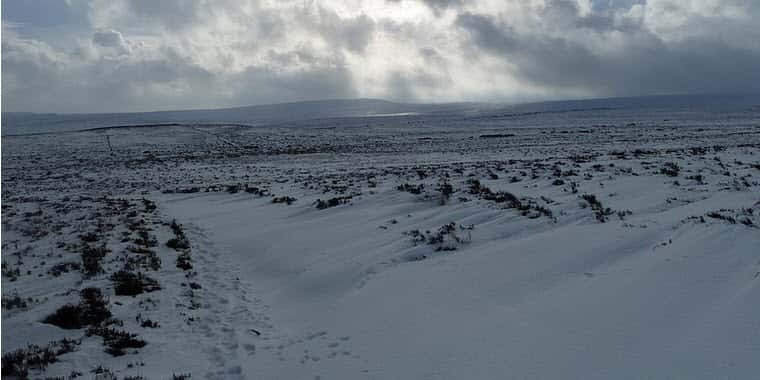 Cattle Fall Through Ice and Die in Mass Drowning

In a pasture alongside the White Clay Reservoir that straddles the Nebraska-South Dakota border, Mike Carlow fed 207 beef cattle on Tuesday, and his brother, Pat, fed them on Wednesday.

Thursday was the next time the two saw the cattle, and the sight was ghastly: dozens of dark, motionless lumps in the winter-white setting of that reservoir.

The carcasses of at least 49 of the cattle were stuck barely above the water level.

After counting the survivors, Mike Carlow estimated 100 of the brothers' cattle had drowned, many of them still under the ice-water mixture.

“I've been ranching over 40 years,” he said, “and I don't ever remember cattle walking out on ice or falling through.”

Bob Fortune, president of the South Dakota Stockgrowers Association, said the large number of deaths resulting from breaking through ice and drowning is extremely rare.

“I've heard of it happening one or two times in my lifetime,” Fortune, a rancher for about 50 years, said. Occasionally, he added, “one or two or three” will drown that way.

Been Around a Long Time

Teaching Kids about Ag Through Games