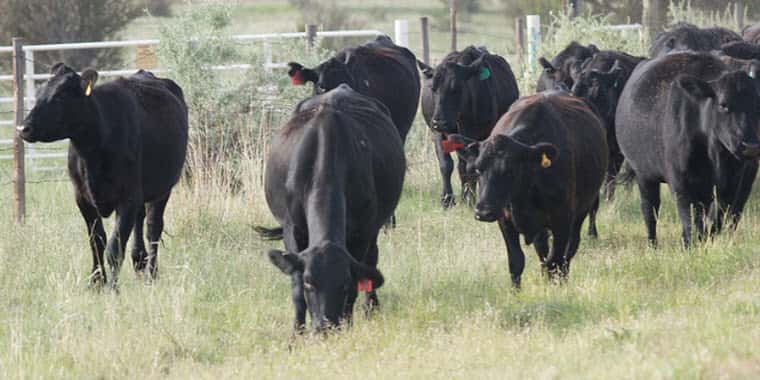 USDA’s Animal and Plant Health Inspection Service (APHIS) released a proposal earlier this year to require radio frequency identification, or RFID tags, to be the official tag for interstate movement of cattle and bison. This week, the public comment period on the proposal came to an end and cattlemen provided their input.

The new rule will require RFID tags on cattle and bison that are: (1) sexually intact at least 18 months of age; (2) used for rodeo or other recreational events, regardless of age; (3) used for shows and exhibitions. On the dairy side, those animals affected include all female dairy cattle and all male dairy cattle born after March 11, 2013.

The proposal is designed to help APHIS efforts to expand animal disease traceability. Final implementation of the traceability program begins Jan. 1, 2023, when RFID ear tags would be required.

R-CALF USA, filed a lawsuit on Oct. 4, 2019, challenging USDA’s previous proposal to require the RFID tags through agency guidance instead of by rulemaking. The lawsuit still is pending.

The APHIS proposal drew more than 800 public comments to regulations.gov.

The Montana Stockgrowers Association submitted comments on the proposal and stated its support of APHIS and the steps the agency has taken to enhance the capability to rapidly trace and contain diseased and exposed cattle but took the opportunity to address a number of issues and concerns prior to adoption of the regulation.

Some of the topics discussed in the Montana Stockgrowers comments were:

The U.S. Cattlemen’s Association also submitted comments and President Dr. Brooke Miller stated that, “With the growth of a global marketplace, our trading partners will begin to expect a more comprehensive and transparent national animal identification system. Using the tenets listed [in our letter], USCA believes that the Department can work with industry to develop and establish an animal identification system that works for all producers.”

R-CALF strongly opposed the proposal in their comments. The group requested that APHIS withdraw the proposal on the grounds that it unlawfully amends substantive federal law that expressly grants America’s cattle farmers and ranchers the option of using various forms of animal identification, including metal eartags, to lawfully achieve disease traceability.

Click on the following links to read the full comments of the Montana Stockgrowers, U.S. Cattlemen’s, and R-CALF.