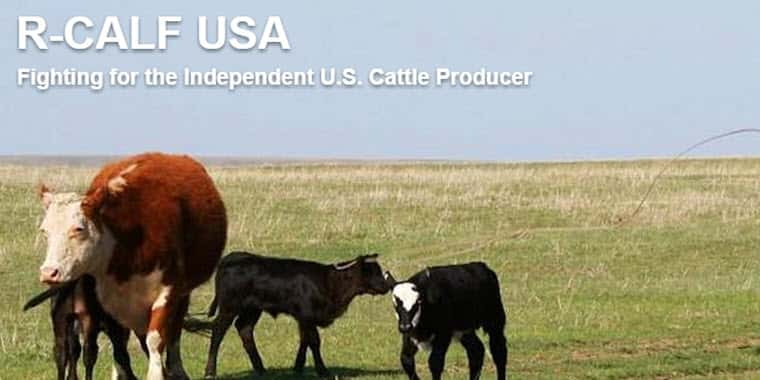 Cattle Producers Stand with Manufacturers and Workers to Oppose TPP

October 6, 2015
Billings, Mont. – Recently, R-CALF USA helped formulate a 13-point trade strategy for any future trade agreement the United States may enter. Titled the “21st Century Trade Agreement Principles,” the national trade strategy was completed under the auspices of the Coalition for a Prosperous America (CPA), which comprises representatives of agriculture, manufacturers and labor. At its core, the national trade strategy seeks balanced trade, meaning future trade agreements should not continue adding to the United States' mounting trade deficit. R-CALF USA CEO Bill Bullard is board of director for the CPA and chaired the committee that crafted the new national trade strategy.
Bullard issued the following statement regarding the announcement that U.S. negotiators had completed work on the proposed Trans-Pacific Partnership (TPP) free trade agreement.
“There is nothing novel about this TPP agreement. It does not embrace the principles that livestock producers, manufacturers and workers have suggested. Instead, it follows the same blueprint as the free trade agreements we already have with 20 countries and those agreements resulted in a $2.3 billion deficit in the trade of cattle, beef, beef variety meats and processed beef last year alone. This TPP is a NAFTA and CAFTA look-alike and will most likely worsen the $28 billion deficit we accumulated over the past 25 years with those and the other free trade-agreement countries.
“Our cattle industry witnessed the damage ill-conceived free trade agreements have wrought upon the U.S. sheep industry, shrinking it by more than half and relegating it to a residual supplier of lamb and mutton in our own domestic market. Adding New Zealand, already the second largest importer of lamb and mutton, to the list of countries with duty-free access to the U.S. market will ensure that our beleaguered sheep industry will continue to be offshored for years to come, if not forever. The sheep industry is the cattle industry's canary in the coal mine.
“We stand with manufacturers and workers to oppose the TPP and are providing verbatim a copy of today's news release issued by the CPA on this matter. Our trade negotiators have ignored the concerns of a wide swath of U.S. citizens and the CPA's message transcends our more narrowly focused cattle and sheep concerns to highlight the implications the TPP will have on virtually every sector of the U.S. economy. We support the CPA's message in its entirety.”

News Release of the Coalition for a Prosperous America

Food and Agriculture Groups Express Optimism and Confidence in TPP