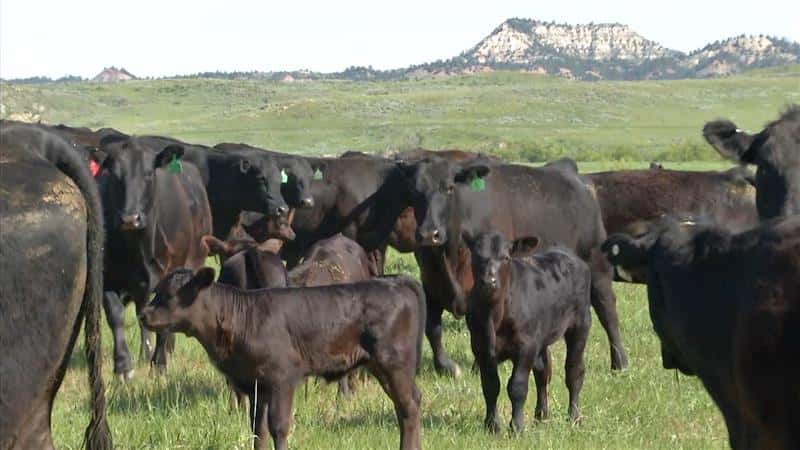 Cattle Supply and Demand Issues for the 2022 Marketing Year

At first glance, 2022 cattle prices are higher than 2021. At $138, slaughter steer prices are 15.35% above 2021 prices, but even with higher prices, farmers and ranchers will travel a rocky road to profitability, paved with inflation and higher input costs in 2022. This American Farm Bureau Federation Market Intel analysis addresses the USDA’s Cattle on Feed report released on May 20th, the forces driving cattle prices higher and how inflation and input costs will affect the bottom line for cattle farmers and ranchers. It will further walk through the combination of supply and demand factors that will affect the 2022 market outlook for livestock producers.

The Annual Cattle Inventory Report published by USDA estimated overall inventory on January 1, 2022, is down 2% or 1,887,700 head from 2021. Cattle inventory is important with respect to the market outlook because it quantifies supply and where the industry lies in what is known as the cattle cycle.

The cattle cycle is the waves of expansion and contraction of the total number of U.S. beef cattle in consecutive years.  The cattle cycle is a response to farmers’ and ranchers’ perceived profitability of the beef cattle industry over roughly a 10-year period. For this Market Intel, we are going to focus on the force behind cattle inventory, the breeding herd and calf crop.

Cow slaughter for the month of March came in at 640,382, 7% higher than the same time in 2021. It’s important to acknowledge the decrease in slaughter in all commercial cattle and the increase in cow and heifer slaughter. This illustrates industry position in the cattle cycle. Figure 1. illustrates the current and past two cattle cycles.

It is natural to conclude that future inventory will be down since the calf crop, cow and heifer inventory are all declining. However, the southern Plains are experiencing extreme drought and it is not uncommon to remove grazing animals from forage early for placement into feedlots under these circumstances. The movement of cattle from grazing to feedlot placement or vice versa can throw off inventory numbers.

Pasture and range land had a rough start in 2022, especially in the Western regions and southern Plains. Winter weather and rain have brought some greener pastures to the upper Midwest but USDA crop progress reported more than 50% of U.S. pastures are still rated poor to very poor compared to just under 50% reported in that condition last year. This can be compared to the five-year average of 26.6% of pasture and rangeland rated poor to very poor.

A previous Market Intel published in May 2021, demonstrated how 2021 started off with record breaking drought. While more green grass in the Midwest is likely to slow the above average cow slaughter and placement of grazing animals into the feed to slaughter supply chain, much of the U.S. is still facing drought conditions in 2022. Figure 2.  & Figure 3. illustrate the difference in the U.S. Drought Monitor between May 18, 2021, and May 17, 2022.  There has been improvement in the overall drought situation, but much of the southern Plains are still rated as extreme or exceptional drought.

USDA National Agricultural Statistics Service’s Cattle on Feed (COF) program is a monthly feedlot survey conducted on feedlots with a capacity of 1,000 or more head. The April COF report estimated feedlot placements to be 1.99 million head, slightly below 2021 levels.

While the report fails to explain how feedlot placements are even with last year while inventory numbers and calf crop are down, drought may be a part of the answer. Much of the Western United States, as well as the southern Plains, have experienced or are continuing to experience drought conditions. When this happens, it is not uncommon for ranchers in the Southern plains to move grazing cattle off wheat early. It is also a possibility that heifers previously listed as replacements are being placed into feedlots. Adjustments to Jan. 1 inventory numbers are not uncommon and may better reflect the situation as 2022 continues.

USDA Economic Research Service (ERS) forecasted 2022 total red meat and poultry consumption at 222.7 lbs. per capita, down from 224.2 lbs. in 2021. The per capita red meat and poultry disappearance is forecast to decrease. ERS defines per capita meat disappearance as the measure of the supply available for use in domestic markets including fresh and processed meats sold. When supply drops, beef prices may rise. If beef prices rise, consumer demand for beef may fall.

The spread between beef graded “USDA choice” and “USDA select” has narrowed in recent days. This spread is important because it can often illustrate consumer willingness to pay for choice beef, a product that costs a premium above beef products graded select.  All primal (wholesale cut) values have seen a decline in 2022. This can be interpreted as a consumer response to inflation; consumers looking to save money.

Domestic imports are an important factor in evaluating U.S. demand for beef. USDA ERS reports U.S. beef and veal imports were 353.77 million lbs. in March 2022, 29% higher than this time in 2021.

The greatest increase in U.S. imports is from Brazil. Record high U.S. beef prices, and drought conditions in traditional import countries such as Australia are the key motivators for this increase. Another reason the U.S. has been importing from Brazil is because China, one of the world’s largest importers of beef, placed an embargo on Brazilian beef imports in September of 2021. This embargo was lifted in December 2021. However, Brazilian beef continues to be directed to other markets including the U.S.

There are other factors contributing to the increase in imported beef. One of these factors is the strengthening of the U.S. dollar. When the U.S. dollar strengthens, it makes it cheaper for the U.S. to purchase products from other countries. In addition, the decrease in consumer willingness to pay higher prices for beef makes other, less expensive, sources more appealing.

Exports fall on the other side of the supply/demand spectrum from imports. USDA forecasts beef exports to decline 1.8% from 2021. This estimate might seem negative at first glance, but it’s important to note that 2022 beef and veal exports are still well above the five-year average. The strengthening U.S. dollar’s impact on imports –making U.S. purchases of foreign products cheaper – has the opposite effect on exports; it makes it more expensive for other countries to buy products from the U.S.

China, the world’s largest importer of beef as mentioned earlier, has been implementing its COVID-zero policy which included a nationwide lockdown that has continued for six weeks. The effects of this policy on the food industry vary by region. Hong Kong, for example, home to some of the world’s stringent COVID-19 restrictions, has begun to ease restrictions. Overall, beef markets are watching closely and waiting for China to relax restrictions, leading to increased demand for meat products.

Despite these obstacles, March trade data has indicated record U.S. beef exports totaling 303.7 million pounds, 1.2% above 2021. This is the greatest quantity of beef exported for any month of March. Even more impressive is record first quarter 2022 overall meat trade coming in at a whopping 845.8 million pounds, 6.2% ahead of 2021. China, South Korea, and Japan continue to lead the pack, being the top three destinations for U.S. beef. China posted a record 145.4 million pounds, 61.8% above 2021.

Input Costs and the Bottom Line

The 2022 cattle outlook is a mixed bag. On one hand, 2022 cattle prices are higher than 2021. On the other hand, cattle farmers and ranchers face rising input expenses, and uncertainty in the U.S. economy and the economies of key beef importers.

A strengthening U.S. dollar will make it more expensive for other countries to buy U.S. beef while at the same time making it more affordable for the U.S. to import beef from other countries. Yet, first quarter beef exports were reported at record levels, primarily to the Asian markets with China leading the way.

Supply is forecast to decrease; the industry is in the contraction phase of the cattle cycle while USDA has also forecasted a small decrease in consumer demand for meat. If we use history as a guide, then the cattle industry should be in the last couple years of contraction in inventory before beginning the expansion phase of the next cattle cycle.

Cattle farmers and ranchers are facing increases in both feed and non-feed input costs resulting in increased break-even prices. Whether cattle prices will increase enough to offset the increase in costs and provide profitability remains in question. All these factors create a complex cattle market outlook complete with many peaks and valleys for 2022.