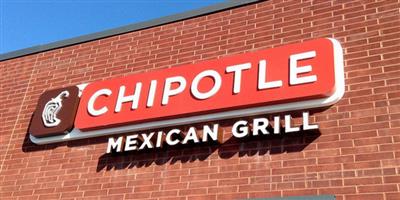 Chipotle Mexican Grill Inc's food poisoning outbreak in Washington state and Oregon threatens to scare diners away from the popular burrito chain and has become fodder for one of its most vocal critics.

Health officials are scrambling to identify the cause of the E. coli food poisoning that has sickened 35 people who ate at eight Chipotle restaurants in the greater Seattle and Portland areas.

All of Chipotle's 43 outlets in those cities have been closed since Oct. 31. The company is deep cleaning the closed units, testing and replacing food and has hired consultants to tighten up its food safety.

Analysts expect the closures, and the negative publicity surrounding the outbreak, to depress sales at the roughly 1,900-unit chain that already was seeing its red-hot sales growth cool.

“Even after the company sounds the 'all-clear,' we believe that it will take some time for traffic to return,” Maxim Group restaurant analyst Stephen Anderson said in a research note. He estimated that the same-restaurant sales hit could be as much as 75 basis points this quarter and 25 basis points in the first quarter of next year.

The Center for Consumer Freedom, a critic of Chipotle backed by the food and beverage industry, on Wednesday took a swipe at the chain with a full page ad in the New York Post reading: “You can't spell 'Chipotle' without 'E. coli'.” In September, that group ran “Chubby Chipotle” ads criticizing the high calorie counts in some Chipotle dishes.