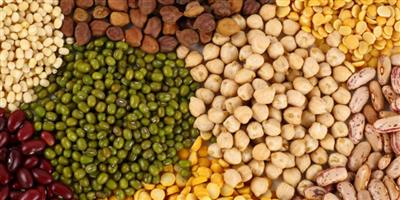 Clearing the Way for Exports of Montana Pulse Crops to India

“The Indian government’s reversal of these regulatory restrictions is welcome news for Montana pulse farmers whose livelihoods depend on reliable access to international markets,” Daines stated. “Montana produces more pulse crops than any other state. I’m glad that this issue has been swiftly resolved and our farmers now have the certainty they deserve.”

“This announcement is good news for Montana pulse growers who depend on fair trade opportunities with folks around the world,” said Tester, the Senate’s only working farmer. “All businesses need certainty, and now Montana farmers have the predictability they need to continue to produce the crops that America and the world need.”

“I’m happy to work with Senators Daines and Tester to increase exports of Montana peas, lentils and chickpeas to Indian markets,” said Rep. Zinke. “Agriculture is our biggest industry and we are the largest pulse producer in the nation. I'm proud to fight for fair trade practices that grow our industry and the thousands of jobs it supports.”

On October 18, 2015, India’s central government reduced the allowable amount of pulse crops that can be stored in India before being sold on the market. This directly threatened U.S. pulse exports to India and the future of more than 200,000 metric tons of pulses that are currently being held at Indian ports.

“Columbia Grain Inc. would like thank the State of Montana Department of Agriculture, Senators Daines and Tester and Congressman Zinke, who all reacted swiftly in order to keep viable markets for Montana and all US pulse farmers, as well as try and help reduce some of the risk that is inherent in the pulse export business for companies like ourselves,” stated Jeff Van Pevenage, Senior Vice President of Columbia Grain. “Several of our buyers commented that inquiries placed upon the Indian Government by the Montana congressional delegation definitely helped to bring about a swifter decision.  India needs product, and disruptions to market flow just add volatility to our markets.  Partnerships from the commercial side to our government help solve this issue for our farmers and for our markets.”

-Montana is the number one pulse producing state in the country.
-Montanans planted over 680,000 acres of pulses in 2014, an increase of 38 percent from the previous year.
-Montana’s pulse crops were valued at $140 million in 2013.

Death by a Thousand Cuts