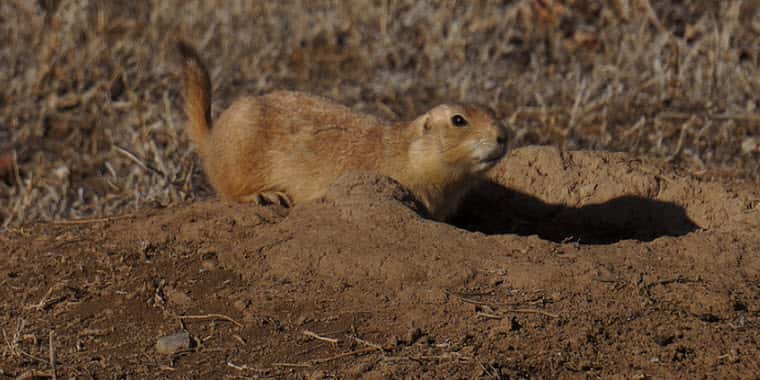 LEWISTOWN, MT – The U.S. Fish and Wildlife Service (Service) announced a 30-day extension on the public comment period for two Environmental Assessments (EA). These EAs propose the use of a vaccine to protect prairie dogs and endangered black-footed ferrets on Charles M. Russell and UL Bend National Wildlife Refuges in northeastern Montana.
With today’s announcement of the comment period extension, the new deadline for public input is June 13, 2016.

During the initial 30-day comment period, the Service received significant interest from local communities. The Service believes it is important to provide all interested stakeholders with the opportunity to engage in the process of deciding how to best manage our shared natural resources, which is why it has decided to extend the public comment period.

As part of its ongoing efforts to conserve the rare black-footed ferret, the Service is proposing to administer an oral sylvatic plague vaccine for the species’ primary prey: prairie dogs.

Prairie dogs are susceptible to sylvatic plague, which can decimate entire colonies of the ground-dwelling animals. Black-footed ferrets rely almost exclusively on prairie dogs as a source of food and shelter, so efforts to maintain and grow prairie dog colonies would benefit establishing and growing ferret populations.

For several years, the Service has partnered with the U.S. Geological Survey and National Wildlife Health Center to evaluate the effectiveness of these vaccinations. Results from that work indicate that the vaccine helps mitigate the effects of plague.  Now that the initial safety and research phases have proven successful, the Service is proposing to apply the vaccine at larger scales.

The second EA evaluates the use of Unmanned Aircraft Systems (UAS) to apply the vaccine on the same refuges and dosages.

The announcement extends the comment period for both EAs for an additional 30 days. The new deadline for submitting comments is June 13, 2016.

Copies of the EAs are available on the Charles M. Russell National Wildlife Refuge website at: http://www.fws.gov/refuge/charles_m_russell/ or by contacting the refuge main office in Lewistown at (406) 538-8706

Comments may be emailed to: randy_matchett@fws.gov or sent by mail to: Attn: Randy Matchett, U.S. Fish and Wildlife Service, 333 Airport Road, Lewiston, Montana 59457.

YNP Bison Calf Picked Up by Tourists Ends Up Euthanized