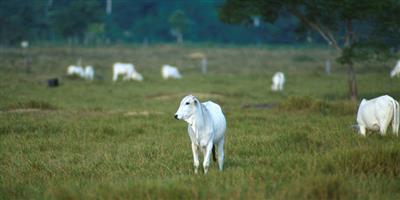 Fifteen Senators signed the letter to Secretary Perdue requesting the agency reevaluate the decision to lift the ban, put in place in 2017. The Senators expressed their concerns with reopening U.S. markets to Brazilian beef considering the country’s previous failed attempts to bring their products up to American quality standards.

The letter also addresses some of the questions these Senators want answered:

The letter concludes asking for written response no later than March 10th.

Of course a lot of ranchers have been very disappointed by the announcement as well. United States Cattlemen’s Association (USCA) President Brooke Miller said, “USCA is stunned by the recent decision to risk the health of our domestic cattle herd and jeopardize the safety of consumers by allowing the importation of fresh beef from Brazil.’

“We remain concerned with the beef product Brazil exports to our country and reject the finding that the country’s food safety and production standards are equivalent to the U.S. beef and cattle industry. We applaud those Senators and Congressmen that have issued letters to the USDA demanding an explanation for this disastrous move.

“We will be considering all options to put an immediate halt on Brazilian beef imports, to protect both the safety of our domestic herd and our consumers.”

However, CattleFax says that they expect Brazilian beef imports to have a minimal impact on the U.S. cattle market. They say it’s unlikely that it will significantly change the amount of beef imported in to the U.S. because Brazil will be sharing a tariff rate quota with other countries. In fact, there might not even be a change in the amount of beef Brazil exports to the U.S. Brazil has been shipping processed and preserved beef to the U.S. these last three years, while their fresh beef has been banned. So a product shift may occur from processed to fresh and chilled beef. Still though both beef producers and consumers have warranted concern over the quality and safety of the beef.

Office of the Wyoming Senate Delegation