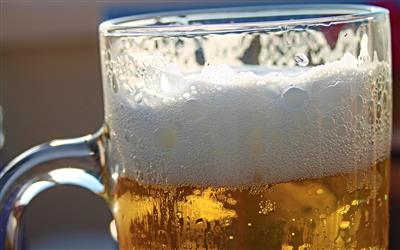 In what most observers saw as a tight defensive Super Bowl game, a somewhat surprising ag issue surfaced: That Bud Light advertisement which went after corn syrup.

As the New York Times reported, “Bud Light sought to portray corn syrup as a nutritional boogeyman in its Super Bowl ad.”

The ad quickly made something of an enemy of the corn industry. The beer maker boasted that, “unlike its fiercest competitors, it does not brew its beer with corn syrup.”

“The bottom line is that the claims regarding corn syrup in brewing are more marketing than science,” David Ludwig, a professor of nutrition at the Harvard T. H. Chan School of Public Health told the Times.

Beer is made by fermenting sugar. During the fermentation process, yeast converts the sugar into alcohol. “Corn syrup is a form of sugar that's been produced from a grain,” Dr. Ludwig said. “Whether that sugar is produced by first milling and then enzymatically treating the grain, or doing so from corn in a separate process, isn't going to matter much to the final nutritional quality.”

To be clear, Bud Light is not brewed with corn syrup and Miller Lite and Coors Light are, the Times said.

The corn advocate group, which claims some 40,000 dues-paying farmer members among an industry of 300,000, said in a tweet that “America's corn farmers are disappointed in you.” The tweet was shared thousands of times.

The Times also says that if you're concerned about the nutritional value of your beer — and none of it is particularly healthy — “there's no need to focus on the sugars used during fermentation. You can just look at the label: The main considerations are the alcohol content and the final carbohydrate content.”

Sugary beverages and too many processed carbohydrates are a “major problem with the food supply,” Dr. Ludwig said. They promote weight gain while also increasing the risk of diabetes and cardiovascular disease.

The Times called high-fructose corn syrup a commonly used sweeter-variant that has often been linked to obesity — but health professionals tend to suggest that there is little evidence HFCS is less healthy than other sweeteners.

The Times said that while Bud Light sought to portray corn syrup as a nutritional boogeyman, several beverages produced by its parent company, Anheuser-Busch InBev, use corn syrup, including Bud Ice, Natural Ice and Rolling Rock, according to the company's nutritional data.

MillerCoors, which makes Miller Lite and Coors Light, volleyed back on Twitter, shifting the focus from corn syrup to high-fructose corn syrup (HFCS). It wrote that it was “proud that none of our products include any high fructose corn syrup, while a number of Anheuser-Busch products do.”

The back-and-forth spat may not have been the best result for Bud Light, said Wendy Clark, chief executive of the advertising agency DDB Worldwide. “I don't know if anyone watching the Super Bowl necessarily cares about corn syrup, and it kicked up much ado about nothing,” Ms. Clark said.

“It's taken off into this corn syrup thing and not a Bud Light thing,” she added, “and I don't know if that was the goal.”

Anheuser Busch told the Times it “fully supports corn growers and will continue to invest in the corn industry. Bud Light's Super Bowl commercials are only meant to point out a key difference in Bud Light from some other light beers,” it continued. “This effort is to provide consumers transparency and elevate the beer category.”

The corn industry has pushed back against studies suggesting HFCS is more harmful than sugar, spending tens of millions of dollars in lobbying to influence public opinion. In addition, the U.S. FDA says it is “not aware of any evidence” that there's a health difference between high-fructose corn syrup and other sweeteners like sucrose or honey. A Harvard publication and the American Heart Association came to similar conclusions.

“If you're concerned about your health, the smart play is to cut back on added sugar, regardless of the type,” according to the Mayo Clinic.

How long the fight continues will be interesting. Given past negative attention to HFCS this is not exactly a new fight, but it is especially unwelcome in the current weak ag markets. Also, debates over nutritional characteristics of ag foods are often bitter, contentious and sometimes damaging. So while the social media battle may be entertaining, longer-term results should be watched closely by producers.