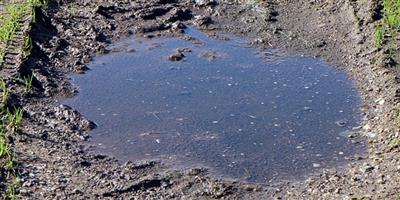 WASHINGTON (Oct. 9, 2015) – Citing a substantial possibility of success on the merits of their claims and casting suspicion on the rulemaking process, the Sixth Judicial Circuit Court of Appeals today ordered that the EPA and Army Corps’ “Waters of the United States” rule be stayed nationwide until the Court can determine jurisdiction over the many pending lawsuits. Philip Ellis, National Cattlemen’s Beef Association president said this action will prevent implementation of the WOTUS rule.

“This is great news for cattlemen and women and all land users who have been at a loss as to how to interpret this rule,” said Ellis. “A stay by the Court has the same effect as an injunction, and this action prevents the EPA and Army Corps from implementing this disastrous rule across the country. In granting the stay, the majority of the Court sided with the states that the rule likely fails on both substantive and procedural grounds.”

A three judge panel for the U.S. Court of Appeals for the Sixth Judicial Circuit voted 2-1 to stay implementation over concern that burden to state and federal government, as well as private parties and the public in general, from the implementation of the WOTUS rule outweighed any harm to the agencies in keeping the status quo.

WASHINGTON, D.C., October 9, 2015 – “A federal court today ordered the EPA to stop enforcement nationwide of the Waters of the United States rule. The American Farm Bureau Federation is pleased the Sixth Circuit recognizes that this rule has serious flaws and cannot go forward until the courts have had an opportunity to understand its effect on farmers, ranchers and landowners of all kinds.

“The judges expressed deep concerns over the basic legality of this rule. We’re not in the least surprised: This is the worst EPA order we have seen since the agency was established more than 40 years ago. The court clearly understood our arguments.

“We are confident that the courts will strike down this rule. Unfortunately, we also know stays don’t last forever, and cases like this almost always take years to win. So we again ask the Senate to pass legislation to nullify this rule just as the House has already done. Farmers and ranchers cannot afford to wait.”

A copy of the court order can be found here.

“The court has listened to reason, as the judges expressed strong concerns over the legality of this rule. These concerns are what Farm Bureau has been pointing out since the rule’s inception,” said MFBF President Bob Hanson. “This is a win for farmers, ranchers, municipalities, natural resource providers, landowners – everyone who has opposed this disastrous rule. When 13 state district attorneys, included Montana Attorney General Tim Fox, all express concerns, you know there are real flaws in the law.”

The American Farm Bureau had been expressing strong opposition since WOTUS was introduced. American Farm Bureau President Bob Stallman said, “We are confident that the courts will strike down this rule. Unfortunately, we also know stays don’t last forever, and cases like this take years to win. We again ask the Senate to pass legislation to nullify this rule just as the House has already done. Farmers and ranchers cannot afford to wait.”