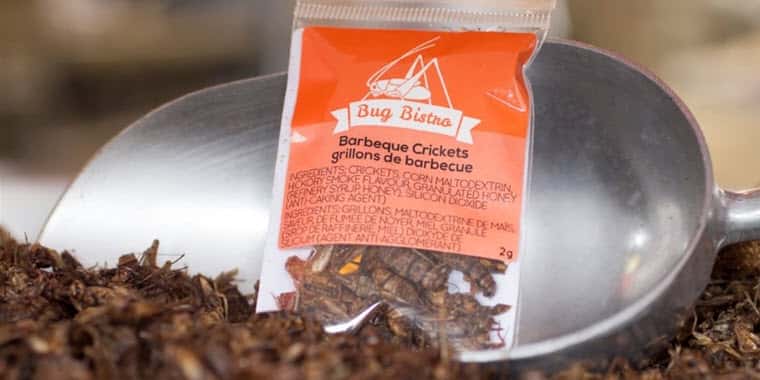 Three brothers in rural Canada are betting crickets will be the next big item in the food world and that the insects will go a long way in helping solve world hunger.

Next Millennium Farms, located in the small town of Campbellford in southern Ontario, population 3,493, raises crickets and is the only farm of its kind in Canada and the first in North America.

Darren Goldin, along with brothers Ryan and Jarrod, own the operation that began cricket production a little more than a year ago.
Darren already had cricket knowledge, raising them for pet food, when he read a United Nations report on population and projected food shortages.

The report praised crickets as a “healthy, nutritious alternative to mainstream staples such as chicken, pork, beef and even fish.”

Many of the insects, packed with protein, are made into flour that is sold to companies that use it in tortilla chips, muffins, energy bars and other products. Cricket flour sells for about $40 a pound.

Raising crickets is economically viable and it leaves much less of a carbon footprint than more traditional fare.

And the carnivores take up a lot more room in their raising than a cricket, and cost more to house and transport.
Crickets are also ready for market a short time after birth.

“It takes approximately six weeks from the time our cricket eggs hatch until they are at a size ready for harvest and processing,” Ryan said.