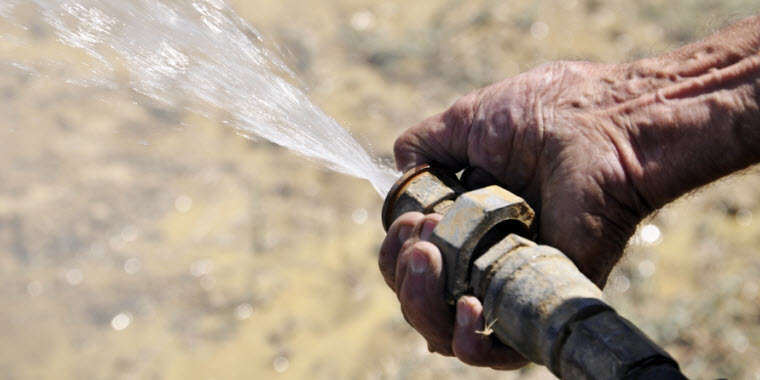 Northern Ag Network note:  Press release was originally sent out after second vote and has been updated to reflect third and final vote that took place today on February 26.  Final Senate vote on the Compact passed 31-19 and now moves to the House.

The vote comes after the extensive educational efforts of bill sponsor and former Water Policy Interim Committee Chairman, Senator Chas Vincent who provided legislators with not only copies of the bill, but summaries, guides, and other materials pertinent to the Compact and the benefits it provides.

“Leading up to today’s hearing, it was my top priority to help my colleagues find answers to their questions, and provide them as much information about the Compact and it’s contents as I could,” said Vincent. “I’ve long said that blind faith and blind opposition are two worst reasons to make any vote. I wanted my colleagues to make this decision with their eyes wide open—recognizing the benefits of the Compact should it pass, and the consequences should it fail.”

The educational efforts of Senator Vincent and stakeholder groups supporting the Compact have led to widespread support for the bill from members of the agriculture industry, as well as irrigation and water use groups.

“We conducted an extensive analysis of the Compact and its contents,” said Errol Rice, the Executive Vice President of the Montana Stockgrowers Association. “There is no question that passing the Compact is in the best interest of Montana’s ranching community.”

While major agriculture and water use groups have joined together to form a strong, pro-Compact alliance, the opposition to the Compact lacks the unified support of those who are impacted most if the Compact doesn’t pass.

“The people most impacted if the Compact doesn’t pass are the farmers and ranchers that will have to spend decades and millions of dollars adjudicating their water rights,” said John Youngberg, the Executive Vice President of the Montana Farm Bureau Federation. “Those who depend on the ability to access water to support their livelihoods, support the Compact. Those who oppose the Compact don’t understand how essential water right certainty is to maintaining a strong agriculture industry in Montana and are spreading misinformation about the Compact. At the end of the day our legislators need to remember that their vote on the Compact is ultimately a vote on whether they support agriculture or whether they support the radicals that are intentionally misleading the people of our state.”

The strong bi-partisan support behind SB 262 shows that the facts have continued to generate strong support for the Compact from both sides of the political isle.

“Passing the Compact is much more important than where you fall on the political spectrum,” said Senator Mary McNally (D-Billings). “Failure to pass the Compact will condemn Montanans to decades of litigation and millions of dollars in court costs.”

In conclusion Sen. Vincent emphasized that the Compact doesn’t prevent those who don’t agree with it from litigating.

Farmers And Ranchers for Montana (FARM) is a coalition of hundreds of farmers and ranchers, united with local leaders, tribal governments, businesses, water-users, and other Montanans who support the approval of a Water Compact.