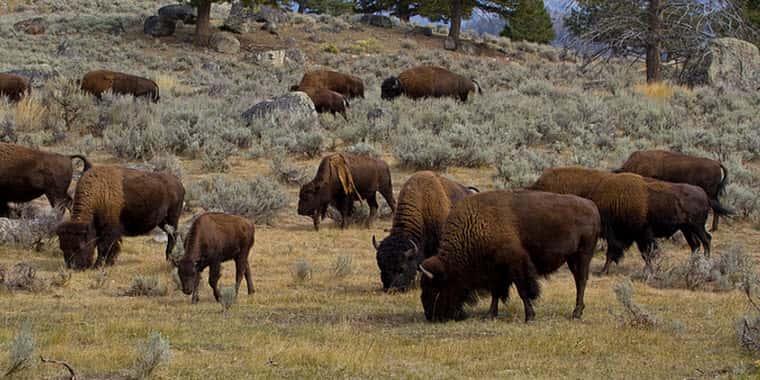 Daines: State, Local, Tribal Support a Must for Any CMR Bison Proposal

Montana Senator Steve Daines is calling for the Department of the Interior and the U.S. Fish and Wildlife Services to provide more information on the purpose and scope of what they are considering on the Charles M. Russell National Wildlife Refuge (CMR) and to hold a more transparent deliberation process that guarantees any proposal on the reintroduction of bison in the CMR has State, local, and tribal support.

“Despite the stated objective of developing an inclusive, informed, and deliberative process to engage local stakeholders and Tribes, the U.S. Fish and Wildlife Services have not provided any information on the planning process or the intent behind the process nor have they published any information about public meetings or engagement online,” the letter states.

“Furthermore, troubling email exchanges between the agency and stakeholders about moving forward with a proposal ‘without Montana’s permission’ have been brought to my attention,” wrote Daines.

The Senator requested that the U.S. Fish and Wildlife Service clarifies its position on introducing bison on public lands and what factors they will consider to determine what is appropriate for the ecosystem and the local community.

Daines also asked what the timeframe is for considering bison introduction on the CMR, if that consideration is coordinated in any way with proposal to convert BLM grazing permits from cattle to bison nearby public lands, and if the agency can introduce wild bison without the cooperation or approval of the state of Montana.

“I respectfully urge you to make easily accessible and publicly available all relevant information on public meetings and the scope of this planning exercise. I ask for your commitment that any plan for bison reintroduction has the support of the State of Montana, local communities, and Tribes before being formally proposed,” the letter continues.