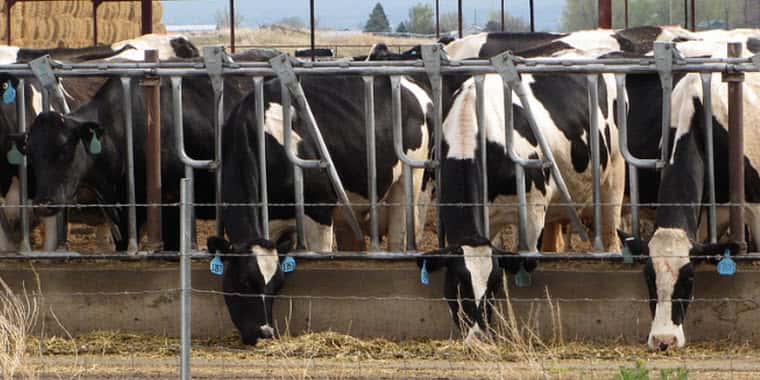 Recently the Board of Livestock approved a new rule on how the Montana dairy inspection program is to be funded.  The board had voted to move forward with a plan that would charge both dairy farmers as well as processors, who were not being charged inspection fees under the previous plan.

The new rule would lower the monthly rate that dairy businesses are charged, from 15.5 cents per hundred pounds of dairy products to 14 cents per hundred.  The minimum and maximum monthly fees charged will remain at $50 and $1,050, respectively.

However, the key to keeping these fees low is continent upon a certain portion of the cost of the program to be funded through state general fund money.

According to Krista Lee Evans, a representative or the Montana Milk Producers Association who worked on the proposal, it was estimated that the dairy inspection program costs around $554,000 annually.  Once they were able to add that $180,000, then what remained was what they needed to raise from the Montana dairy industry.  “This was a much more manageable number and allowed them to keep the fees lower than initially proposed.”

“What this comes down to, is that if there is not general fund appropriated in the 2017 session, those scary fees that scared everybody, that will be reality because we won't have the general fund to help offset the costs of the milk lab.” said Evans.

The general fund money needed to make this proposal work was partially funded by a one-time appropriation approved by the 2015 Legislature, meaning future money from the general fund isn’t guaranteed.

“Everybody is going to have to come to the legislature, talk to their legislators about the importance of having general fund.  It’s legitimate because it is a human health and safety issue.  It’s not necessarily to benefit dairy farmers or the producers.  It’s to ensure that the product being sold to the consumers is safe and it’s required by federal law,” said Evans.

During the board meeting, John Scully, board vice chair stated  “Absent the general fund, that fee structure would be much larger than what’s currently contemplated, because it has to make up the gap; these same players would pay more.  Within six months, absent funding from the Legislature, the meter is going to go up precipitously.”