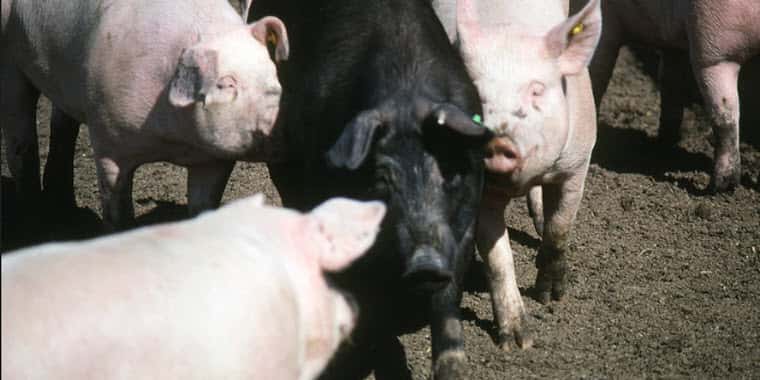 North Dakota is one of only a handful of states that doesn't allow corporate farming. But on June 14, voters will decide whether to reverse that with Senate Bill 2351, to allow some large-scale, non-family farm operations.

It comes as local farmers and residents of Buffalo are resisting plans for a 9,000-hog operation in their area.

One opponent, farmer Jerry Marcks, says a big hog farm goes against the spirit of the anti-corporate law, because it will be owned by a group of investors rather than a local family.

“I really think that they're just trying to circumvent the corporate-farming law,” says Marcks. “The last time we heard, eight or nine veterinarians from Minnesota and South Dakota were going to be the owners. Now, how does that classify them as being 'family farmers?' I don't know.”

The Dakota Resource Council is hosting four lectures on the issue this week in Fargo, Grand Forks, Rugby and Bismarck. Sustainable agriculture author John Ikerd speaks at each event.

Meanwhile, the investor group Pipestone Holdings argues the farm project will bring in jobs and help boost the local economy.

According to the Dakota Resource Council, residents in Buffalo and some surrounding areas are concerned about the effects the farm could have on local air and water quality.

Marcks says his wife and two of his neighbors live with chronic health conditions, including asthma.

“I'm going to get the smell and whatever disease problems, or whatever else could be,” says Marcks. “And surface water drains across my land. So, in the event that they have a spill or torrential rains or that type of thing or something, I am going to get dirty water.”

Marcks and the Dakota Resource Council are asking the state health department to consider these concerns as it decides whether to approve the Rolling Green Family Farms hog operation.