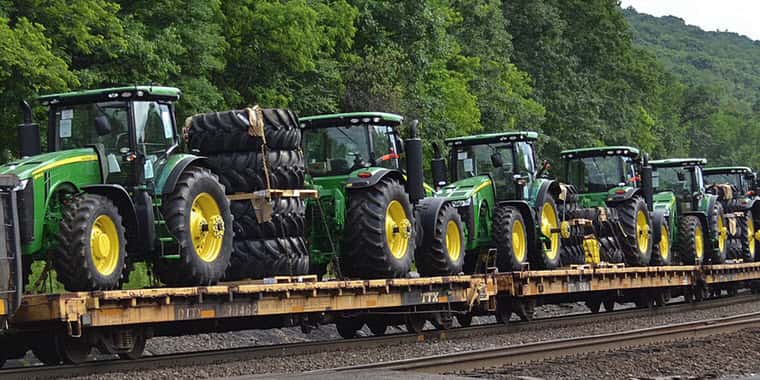 (AP) — Deere will lay off about 910 workers indefinitely from factories mostly in Iowa and sideline another 500 employees in Illinois until late summer, as the agricultural equipment maker continues its adjustment to demand for its products.

The Moline, Illinois, company also said Friday that it is adding 220 jobs at construction and forestry factories in Iowa. It plans to fill nearly all those positions with workers were laid off at agricultural equipment factories last year.

The latest indefinite layoffs will be centered on sites that build agricultural equipment, a core element of its business. They include 565 workers from three Waterloo, Iowa, locations; another 300 from the Des Moines Works in Ankeny, Iowa; and 45 from the Harvester Works in East Moline, Illinois.

The layoffs will begin in early February, and most will be effective in late March.

Deere & Co. said last August that it would lay off a total of more than 1,000 workers, with those reductions coming from an Iowa tractor factory and four Midwest factories that make harvesting and other agricultural equipment.

The world's biggest farm equipment maker said last fall that it expected its farm equipment sales and profits to fall in the new fiscal year. Falling commodity prices and lower farm income have hurt companies like Deere, which employs about 29,000 people in the United States and Canada and around 60,000 globally.