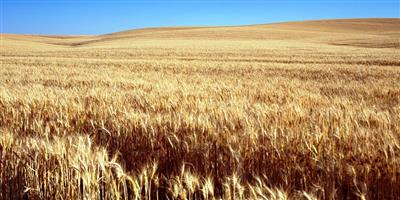 U.S. farmers will have more certainty in Canada and Mexico with the rebranding of NAFTA, including potentially more dairy access in Canada and more equal treatment of wheat products shipped north as well.

President Donald Trump, speaking at the White House on Monday, touted the benefits of the trade deal for agriculture, saying, “The agreement will give our farmers and ranchers far greater access to sell American-grown produce in Mexico and Canada.”

The fact that an agreement has been struck provides some certainty of relief for U.S. dairy farmers that the old NAFTA won't be broken up, said former Agriculture Secretary Tom Vilsack, now CEO of the U.S. Dairy Export Council.

“That ought to reassure futures markets and hopefully lead to stabilizing and even strengthening prices for producers,” Vilsack said.

Canadian officials agreed in the new deal to provide more access to its dairy market. A report from the Toronto Star said the U.S. would be given access equal to 3.6{c78344d3e29215303d5d40d52b11c16d78bfae3d066d03ae10a9b147abb03b47} of the Canadian dairy market, slightly higher than access the U.S. would have gained under the Trans-Pacific Partnership, which is 3.25{c78344d3e29215303d5d40d52b11c16d78bfae3d066d03ae10a9b147abb03b47} for TPP suppliers. A senior Trump administration official declined to provide specifics, but said the U.S. dairy farmers' access to Canada “is a better deal than what the prior administration negotiated in TPP.”

Vilsack said the agreement will need to be studied to determine just how much access U.S. producers will gain because there are so many different dairy products and tariff lines in these trade deals.

“There's the possibility of real, meaningful market access in Canada,” Vilsack said, “whether it meets the level of expectation the administration set during the negotiations has yet to be determined.”

Canadian dairy farmers, however, were unhappy with the new market access for U.S. producers, saying the agreement will sacrifice Canadian dairy production. “Today, the message sent to our passionate, proud and quality-conscious farmers and all the people who work in the dairy sector is clear: They are nothing more than a bargaining chip to satisfy President Trump,” said Pierre Lampron, president of the Dairy Farmers of Canada.

White House officials declined to say Sunday night whether the deal with Canada would require the U.S. to drop the aluminum and steel tariffs the U.S. has placed on Canada. Instead, that issue would have to be addressed by the Commerce Department, a senior administration official said.

The language on dairy requires Canada to monitor its global exports of milk protein concentrates, skim milk powder and infant formula. Canada will be limited in exports of these products because of its supply management scheme as a way to prevent Canada from dumping excess production on the world market.

The details requiring Canada to drop its Class 7 pricing system are complicated, but should eliminate a significant disadvantage for U.S. producers selling into Canada. Vilsack said there are open questions, though, about whether the language provides enough assurances that Canada might not come up with another pricing mechanism to protect its domestic producers.

Beyond Canada, the deal also includes a side letter between the U.S. and Mexico to deal with the names of cheese products. This is due to a trade deal between Mexico and the European Union in which the EU seeks to restrict the sale of certain products that European officials deem should only be branded as coming from specific European regions. Mexico affirms certain terms of cheese are not restricted.

In another provision that is significant for Northern wheat producers, U.S. wheat will no longer be branded as “feed grade” once the trade agreement is ratified. Canada will be required to treat imported wheat from the U.S. “no less favorable than it accords to like wheat of national origin with respect to the assignment of grade qualities.”

The countries agreed to form a committee on agricultural trade that will focus on trade barriers and cooperation. The committee will meet within one year after the agreement is ratified.

On agricultural biotechnology, the three countries agreed to share information on biotechnology applications and approvals, address issues of low-level biotechnology presence in products and create a three-way working group.

Beyond what the trade deal does in addressing dairy or biotechnology, agricultural groups that were already seeing zero tariffs in Mexico or Canada see the new deal as a way for the U.S. to turn attention to other markets. The American Soybean Association pointed to the USMCA, completion of the Korean trade agreement, and new talks with Japan all as good signs moving forward.

“With USMCA, KORUS, and other agreements in sight, we are hopeful that a negotiated solution to the China tariffs could be in sight,” said John Heisdorffer, an Iowa farmer and president of the American Soybean Association.