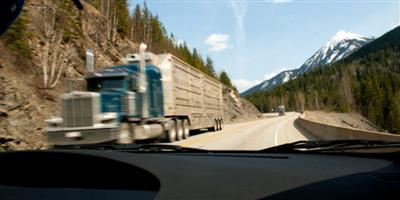 Conventional wisdom (or at least the conventional wisdom among old cattle traders) says that when the stock market is doing well, cattle prices also tend to rise. Certainly, we’ve seen this relationship, in mostly the opposite direction, during the last few weeks while equity traders have been panicking about the COVID-19 pandemic’s grim effects on global shopping and traveling. U.S. stocks have fallen almost 18% since the discovery of the coronavirus spreading in Europe. The April live cattle futures contract has fallen 13% during that same timeframe, but that shouldn’t be too surprising. Just about every market you can name has been headed downward during the coronavirus sell-off. More curious, perhaps, is the way commodities (including cattle) kept heading consistently downward during mid-February, when the coronavirus was still mostly an Asian story, but the U.S. stock market kept stubbornly pursuing fresh all-time highs.

Sometimes, yes, stocks and cattle move in the same direction — and sometimes they don’t. It would be worthwhile, I decided, to investigate whether the conventional wisdom holds true in a mathematically rigorous sense.

Ultimately, there doesn’t appear to be any clear, consistent, constant relationship between stock prices and live cattle futures prices. The correlation of their weekly returns tends to wax and wane over time, perhaps with some seasonality of higher direct correlations during the early months of any year. Looking back at a trailing series of any six-month timeframe, the correlations of weekly returns in the S&P 500 Index of U.S. stock prices and the continuous front-month live cattle futures prices has ranged anywhere from 82% (a very strong direct relationship) to -42% (a very strong inverse relationship) and everywhere in between, including periods when there was virtually no relationship whatsoever. Incidentally, that very strong correlation of 82% occurred during a similar timeframe to now — late 2008 into January 2009 — when most tradeable asset prices were all falling apart at the same time due to shared global financial panic. In the year 2020 so far (up to March 9), the weekly returns of the stock market and the weekly returns of the April live cattle futures contract have been 63% correlated. In plain English, that means both stock prices and live cattle futures prices have indeed been changing recently in the same direction, at the same times, and at roughly the same scale.

Should it be? Does it really make sense for cattle prices to move higher when stock prices go up, and vice versa? (Let’s ignore the possibility that cattle prices somehow “cause” stock prices to go up or down.) The justification behind the original idea seemed to be that a higher stock market makes American consumers richer, and when American consumers are richer, they tend to go out and spend more money on beef. I wonder if any of that still makes sense in 2020.

First of all, does a higher stock market really put money into the American grocery shopper’s pocket? I doubt it. Since the 2009 recession, American stock ownership has fallen, but there are still a majority of people (55%, according to a 2019 Gallup poll) who own some stocks. However, only a small subset of those people own a large-enough stock portfolio to really have it affect their day-to-day budget decisions. Most people I know don’t check the balance in their 401K before writing a grocery list. Now think of this in the other direction: a falling stock market, therefore, doesn’t really make American grocery shoppers any less affluent. As long as salaries, wages and real spending power doesn’t change, they should still feel as capable as ever of putting ground beef, roasts and steaks in their shopping carts. And we are seeing this resilience in the wholesale beef market. The choice beef cutout actually rose 0.3% in the week leading up to March 7 (the same week when live cattle futures lost 6%and the stock market flattened). Ground beef prices are actually still up 6.5% over year-ago prices.

The stocks-and-cattle price relationship made some sense, perhaps back in the 1970s and 1980s when American families were more price-sensitive about moving from meals of staple grains, potatoes, eggs, etc. toward more highly-desired proteins, like beef. There was a time when meatloaf was a treat for a family dinner. Today, however, it feels like a fast-food hamburger has become a baseline standard for many American diets (and let’s not even discuss any “plant-based” substances Frankenstein-ed into vaguely patty-shaped sandwich products). In the U.S., at least, ground beef has become almost as much a pantry staple as staple grains.

The higher price elasticity of demand for beef may hold true on a global sense, where large parts of the world are still transitioning over to more highly-desired, high-protein diets that include beef — but only if they can afford it. In that sense, coronavirus-related concerns for the global economy may indeed be related to the prospects of global beef consumption in 2020. Chinese consumers may be less likely to go out for restaurant meals and their restaurant meals may be much less likely to feature a prime U.S. steak. Cup-o-noodles could be the more common product consumed inside any quarantined apartment.

However, as DTN’s Livestock Market Analyst ShayLe Stewart pointed out to me, “One thing that I think people misunderstand is that the U.S. exports only 2% of its beef. So, if the coronavirus stays under control here in the U.S., the beef market could remain just fine. People will continue eating beef and buying beef.”

In the quest for understanding which commodities “should” be responding to the coronavirus panic, perhaps we should be looking elsewhere than the live cattle futures market (to say nothing of the poor, oversold feeder cattle futures market). A patchy history of correlations is not the same thing as real, fundamental justification.