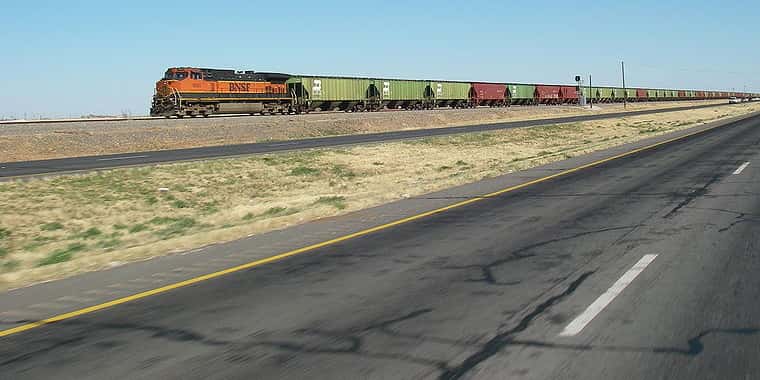 Dread on Rail Heightens with Harvest

Reports are that larger-shuttle loaders and those handling mainstream grains are receiving cars before single-car loaders.

In its weekly update to the Surface Transportation Board on July 18, the Canadian Pacific railroad said they have a total of 23,761 open car order requests in North Dakota averaging 10.72 weeks late. The report from the prior week showed 24,280 open requests with an average of 10.14 weeks old.

The problem with the CP reporting system is it does not separate older orders from more recent orders, making it unclear how much, if any, progress is being made on the past due cars.

However, if you talk to most CP shippers in the U.S., especially those who don't load 100-car trains, they will quickly fill you in as to how late the railroad really is.

Jeff Kittell, manager of Souris River Cooperative of Lansford, N.D., an elevator serviced by CP, said he is “still waiting on a March 6 spring wheat unit train.” He added, “Single cars ordered for February 3 are supposed come this week.”

Robert Johnson, CP senior vice president of operations, told the STB, “We remain committed to working with our customers and the STB staff to move as much grain as possible and to find solutions to problems that may arise.” Here is the link to the full July 18 report by the CP to the STB: http://goo.gl/…

But Kittell, like many other shippers, has little confidence in the CP's ability to catch up before harvest. He said his locations need at least three to four trains to clean out before harvest and that it was probably “not going to happen as winter wheat harvest is about three weeks away.”

Brandt added, “We are plugged on wheat and wheat harvest is two weeks away. There is a lot of unpriced corn that wants to move before soybean harvest and that is going to muddle things up for soybean harvest.”

The BNSF railroad seems to be making progress, as cars owed and days late decreased from last week. The BNSF also announced on July 22 that it “will offer more shuttles and COTs for this year's fall harvest than in 2013. Specifically, we will run at least as many COTs as we did in 2013 during the fall months.”

Secondary freight costs continue to rise for U.S. BNSF shippers with the last trade reported at $3,500 per car and this is over and above the tariff rate paid to move the car. Cars in the primary railcar market (COT auction) have been trading at historic highs since late May for guaranteed railcar placement for grain shipments in August, September, and October.

While most trading typically occurs in the secondary railcar market where shippers buy/sell cars originally bought in the weekly COT auctions, shippers are worried that cars will be hard to come by this harvest. This has sent many shippers vying for the weekly allocated cars sold by the BNSF in the primary freight market.

Barge freight rates on the U.S. river system have also been moving higher since the rivers reopened after nearly three weeks of closure due to flooding which caused locks in the Upper Mississippi River and parts of the Illinois River to close, stopping barge movements. Now, as shippers try to catch up on shipments, empty barges are in high demand, sending freight costs substantially higher.

Barge operators are expecting demand to be higher than normal when the U.S. corn and soybean harvests start, which is sending October barge freight higher as well. “October rates for barge delivery to St. Louis and the Lower Illinois River are $25.86 and $34.66 per ton, respectively,” USDA reported.

Higher freight costs both on land and in the river system will be and have been a big factor for U.S. corn, soybean and wheat basis levels this year. If end users are unable to procure grain when needed, they will absorb the freight costs for the most part. If grain is moving at a steady pace, it is likely that elevators and eventually farmers will have to absorb those higher costs.

Get Tuesday’s Agenda for MT Board of Livestock Meeting!