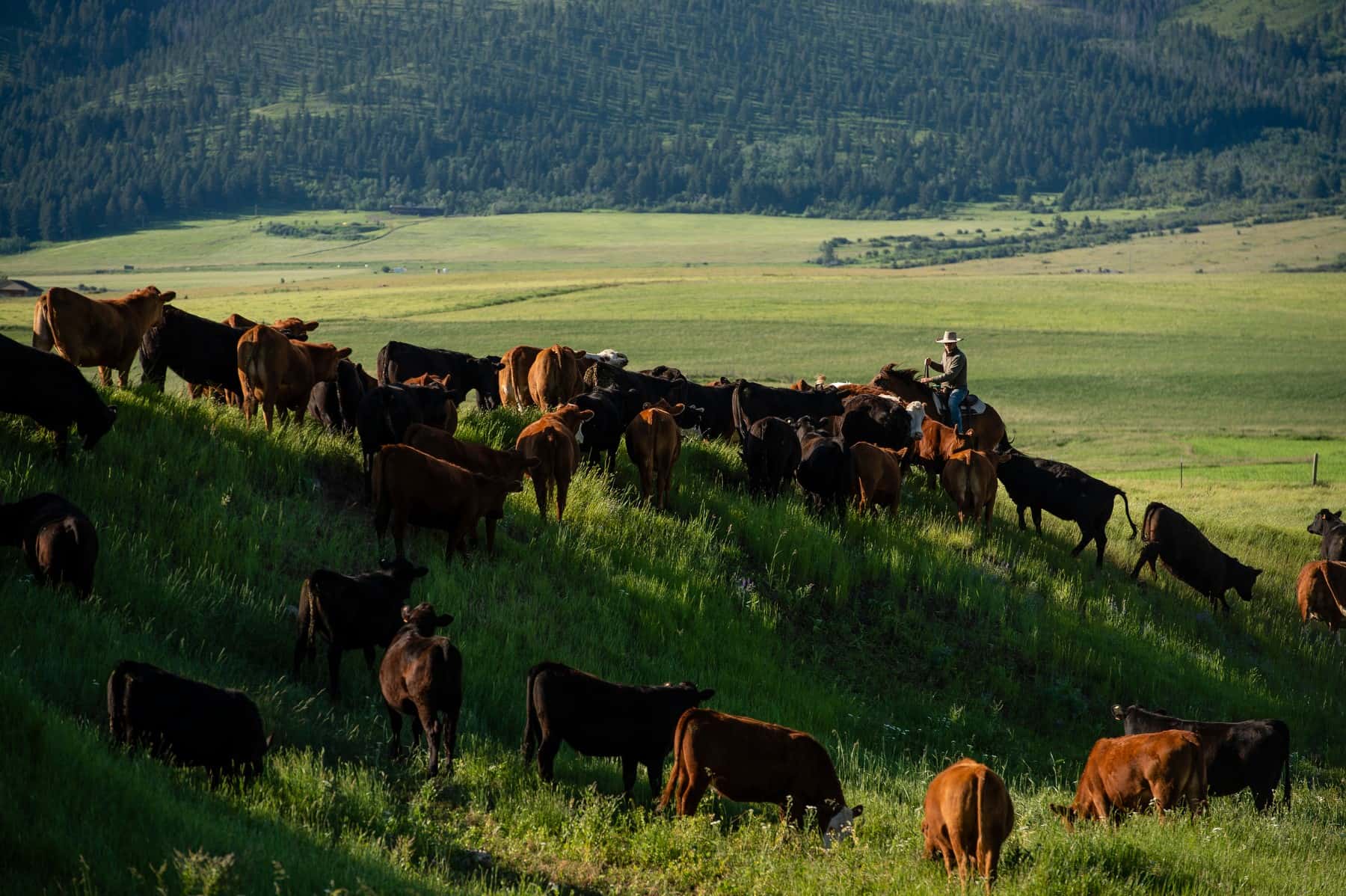 The Montana State University Agricultural Economics Department recently completed a project that examine the role of production agriculture on the economy of each county in Montana. Gathering a bevy of data, the study examined agricultural land use, farm revenues, expenses, taxation, producer profiles and agriculture production’s impact on jobs and gross state product.

Agriculture has long been considered the foundation of the Montana economy. While other sectors of the economy, particularly tourism and business services, have become important to the state’s overall economy, agriculture remains critical to Montana, especially more rural areas of the state.

To find your individual county data click here. Below are some of the summary points and charts from the study.

62% of the land in Montana is used for agricultural production. However, the percentage of land in agriculture varies from less than 3% in Mineral and Lincoln counties to nearly 100% in Big Horn, Liberty, Treasure, and Sheridan counties. There were 27,048 farms with a mean farm size of 2,758 acres in 2017.  Average farm size varied from less than 200 acres in Flathead, Mineral, and Ravalli and over 8,000 acres in Big Horn and Garfield counties.

The market value of agricultural products sold was $3.5 billion with crop-related sales totaling $1.6 billion and livestock-related sales totaling $1.9 billion.  Other income included on the farm’s profit and loss statement was government payments ($0.3 billion) and other farm related income ($0.4 billion).  After subtracting production expenses of $3.3 billion, net cash income was $0.9 billion in 2017.

Montana farmers and ranchers owned property with a taxable value of $157 million in 2017.  The taxable value of agricultural property was less than 1% of all taxable property in Montana.  The share of taxable property held by farmers and ranchers varied widely by county from less than 1% in urban counties like Missoula, Flathead, Silver Bow, and Yellowstone to over 40% in rural counties such as Liberty, Daniels, McCone, Petroleum, and Garfield.

Agricultural Share of the Taxable Value of All Property:

After adjusting for inflation, the market value of crops and livestock increased by 14% and 28%, respectively, from 1997 to 2017.  The percentage change varied widely by county from increases of 68% or more in Carter and Treasure counties to decreases of 40% or more in counties with fewer farms and ranches, including Lincoln, Silver Bow, and Mineral. The share of market value for crops and livestock has remained relatively stable since 1997 with crop and livestock shares of 40% and 60%, respectively.  Grain (winter wheat, spring wheat, durum, and barley) comprised 31% of total market value, while cattle comprised 56% of total market value in 2017.

Crop and Livestock Shares of Market Value in Montana in 2017: Tillage and Land Use

Percentage of farms using no-till in 2017: Hay and winter, spring, and durum wheat account for 75% of harvested acreage.  The remainder of harvested acres is planted in barley, pulses (lentils, dry edible peas, chickpeas, and other pulse crops) and other crops, including oilseeds (canola, flaxseed, mustard, and safflower), corn for grain and silage, sugar beets, potatoes, and other minor crops. Agricultural production employed 52,629 workers or 10% of the state’s labor force in 2017.  According to MSU, 31,924 of the workers were directly employed in production agriculture.  An additional 15,597 workers were employed in businesses supporting agricultural production, such as feed and fertilizer dealers, and another 3,980 were employed in other related businesses, such as grocery and drug stores.  For every 10 jobs on farms and ranches, 6 additional jobs are generated in Montana.

Agricultural production varies substantially across Montana.  Land use patterns varied from counties with minimal arable land to counties with over three-fourths of the land area used in crop or livestock agriculture.  The Census Agriculture data showed minor changes in farm size (measured by acres and total sales) and profitability.  This economic impact analysis showed the importance of recognizing the diversity in Montana agriculture.

See more of the statewide report by clicking here.