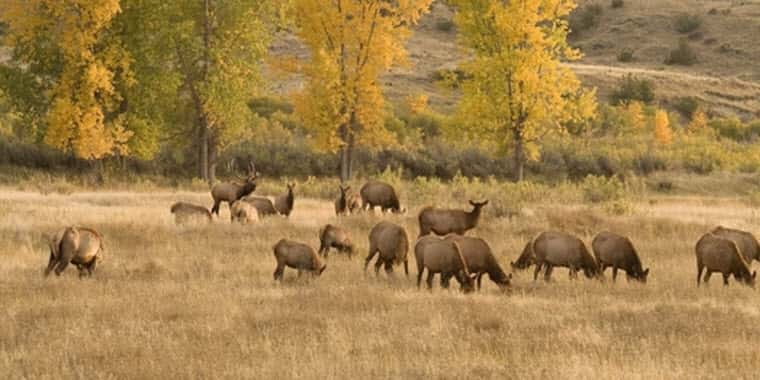 Montana Fish, Wildlife and Parks (FWP) released the proposed guidelines for public comment earlier this summer.  The shoulder season comes after efforts to establish a late season, antlerless elk hunt were vetoed in the 2015 legislature. A ‘shoulder season’ is defined as any firearm season printed in the hunting regulations that occur outside the 5-week general firearm season between August 15 and February 15 in one or more Hunting Districts or portion(s) thereof.  Shoulder season could be early and/or late seasons, occur predominantly on private land and may include antlered and/or antlerless options.

John Youngberg, executive vice president of the Montana Farm Bureau Federation says, “We thank the Fish & Game Commission for seeing the value of these additional hunts. Elk populations are over objective in Montana.  We need to control herd size and shoulder season hunts allow landowners to do that.”

Elk herds across Montana are overpopulated and many farmers and ranchers are faced with increasing levels of property damage and income loss from supporting these large herds.  Shoulder seasons would provide an effective mechanism for landowners to proactively control herd sizes and to increase successful hunting opportunities for sportsmen.

“A key frustration for many landowners is that elk herds adapt to hunting pressure by moving off their property during the regular hunting season but are present before or soon after hunting season ends. A shoulder season would directly address the issue of elk being present before and after the regular season and, consequently, provides more hunting for sportsmen everywhere,” Youngberg concluded.

More information on the elk shoulder season is available at http://fwp.mt.gov/hunting/seasons/elkShoulder.html. For more information about MFBF, visit www.mfbf.org or call 406-587-3153.