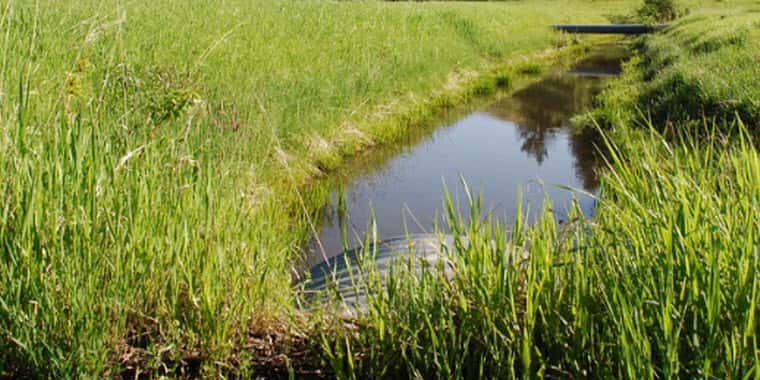 While little is known about how the Biden administration will rewrite waters of the United States, or WOTUS, definitions, EPA Administrator Michael Regan on Monday said exemptions for farming and ranching activities would remain in place.

In addition, Regan told state agriculture regulators the agency hopes to have a proposed rule reflecting pre-2015 definitions out for public comment by sometime in November with a rewrite proposal out for comment sometime this coming winter.

Regan, speaking at the National Association of State Departments of Agriculture, was asked by Kentucky Commissioner of Agriculture Ryan Quarles whether the next water rule would provide clarity for farmers.

“Many farmers and ranchers are concerned, and let’s be frank, frustrated, about the decision to reverse the Navigable Waters Protection rule,” Quarles said to Regan.

“Farmers and ranchers need certainty and they shouldn’t have to hire a team of lawyers or environmental experts to understand if they’re subject to this rule or regulations or how to comply to it.”

Since 1993 federal regulations have included an exclusion from jurisdiction for prior-converted crop lands.

The Clean Water Act also exempts discharges associated with normal farming, ranching and forestry activities such as plowing, cultivating, minor drainage and harvesting for the production of food, fiber and forest products, or upland soil and water conservation practices.

Regan said EPA’s goal is to write a new rule that will bring clarity for farmers and ranchers.

“We know and recognize that farmers are leaders in environmental stewardship and water management, and that they recognize that water is central to the work you do to feed and fuel the nation,” he said.

“That’s why I’m here today. I’m having these conversations all across the country to continue to learn from you and to truly understand what works for you and understand that your perspective is essential to crafting a durable definition of WOTUS, one that will withstand the test of time and the court rulings that we’ve seen in the past few years, while protecting our vital water sources.”

Regan said a new proposed rule would maintain all ag exemptions including “minor” drainage as well as the construction and maintenance of irrigation ditches.

Regan said a new rule would not “overburden or penalize the small farmer” while protecting water quality.

Quarles told Regan state departments of agriculture want to be “co-regulators” and asked the administrator to remain committed to “transparency” in developing a new rule.

Regan said the EPA and the U.S. Army Corps of Engineers have hosted about 60 listening sessions during the past month and are in the process of reviewing more than 32,000 pre-proposal recommendations and comments submitted on a proposed rule by the end of August.

“That’s just how serious we are in getting that feedback,” he said. “The agencies are also planning dialogues with states and tribes, this fall, and regional roundtables, this winter. These roundtables will allow for a full range of stakeholders to engage and discuss their experience with the prior definitions of WOTUS, including what has worked and what has not worked specifically within their geographies.”

Regan said he intends to travel the country meeting with state regulators and state-level farm bureau presidents during the rulemaking process.

A federal court in Arizona recently vacated the Trump administration’s Navigable Waters Protection Rule, that was largely backed by agriculture for its simplicity.

“We need your help to make sure it stays, simple and clear so that farmers can continue to do the right thing in the future,” Duvall said.

“We’re grateful to the administrator Regan for giving us a seat at the table, and we look forward to working with him to make sure that we don’t make any mistakes in that area.”