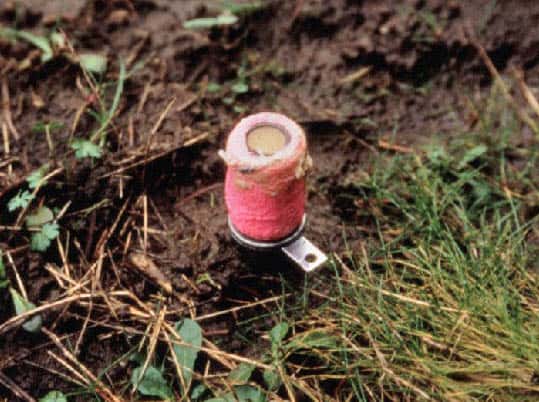 This week, the U.S. Environmental Protection Agency (EPA) announced a more protective interim decision on sodium cyanide, the compound used in M-44 devices to control certain wild predators, primarily coyotes, as part of the re-registration review process required by the Federal Insecticide, Fungicide, and Rodenticide Act. After a careful review of the available information and extensive engagement with the U.S. Department of Agriculture (USDA), EPA is issuing a revised interim decision on sodium cyanide that includes new requirements to ensure continued safe use of the device. The agency’s new requirements enhance protections by adding increased distances for device placement.

“EPA appreciates the commitment from USDA to work with the agency to ensure that there are safe and effective tools for farmers and ranchers to protect livestock,” said EPA Assistant Administrator for the Office of Chemical Safety and Pollution Prevention Alexandra Dunn. “Through our discussions, we identified new restrictions that will raise awareness and create additional buffers around where M-44s are placed, which will reduce the potential for unintended impacts on humans, pets, and other non-target animals.”

“We rely on a variety of tools and techniques to meet our public service mission in the safest and most effective manner possible,” said Greg Ibach, Under Secretary for USDA’s Marketing and Regulatory Programs mission area. “The M-44 plays an important role in achieving that mission by protecting livestock and threatened and endangered species and helping to stop the spread of disease. I appreciate EPA’s recognition of that role and consideration of our input throughout this process.”

“M-44s are an important tool for livestock producers and we applaud Administrator Wheeler and his team at EPA working with USDA to ensure that ranchers maintain access to this predator control device,” said Public Lands Council President Bob Skinner

“We sincerely appreciate USDA and EPA working together to ensure livestock producers have access to effective predator control, while also increasing public awareness and transparency,” said American Sheep Industry Association President Benny Cox. “Livestock producers face heavy losses from predators, amounting to more than $232 million in death losses annually. We are particularly vulnerable during lambing and calving, where we see the worst predation.”

“NCBA, and many of our affiliates such as the Oklahoma Cattlemen’s Association, appreciate EPA’s decision to retain the use of this important tool. Livestock producers have to contend with predation of livestock on a daily basis and having access to every tool in the toolbox allows our ranchers to continue to protect the herd,” said Ethan Lane, Vice President of Government Affairs, National Cattlemen’s Beef Association.

In addition, to further protect public health, the interim decision also expands upon Use Restriction 23 by requiring two elevated warning signs that face the two most likely directions of approach, within 15 feet of M-44 devices. Currently, only one sign is required, at a distance of 25 feet from the device.

All sodium cyanide products, which were first registered in 1947, are restricted-use pesticides and require users to be trained and certified. Only USDA, South Dakota, Texas, Montana, Wyoming, and New Mexico hold registrations for sodium cyanide products and certified applicators are the only individuals who are permitted to use M-44 devices. The updated restrictions on device use, as well as device placement and location limitations, together with the stringent certification requirements for trained certified applicators of the product, all work in concert to prevent people who are not certified M-44 applicators from coming too near to these devices.

On August 6, 2019, EPA released the interim decision, which was withdrawn shortly after because EPA determined more time was needed for discussions with USDA on the most appropriate and enforceable label language for several of the M-44 label restrictions.

What is the Cost of Raising Sheep?