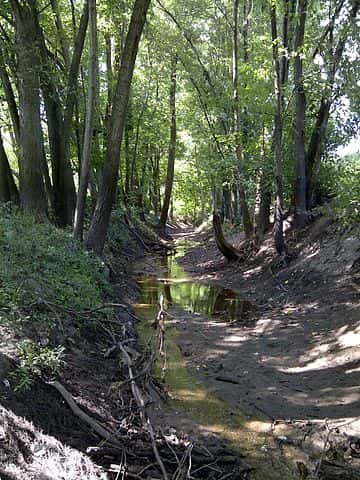 OMAHA (DTN) — Though U.S. agriculture groups have feared an expected expansion of the Clean Water Act for nearly three years, some 53 conservation practices would for the first time be exempt and previous agriculture exemptions from the law would stay in place in a newly proposed rule announced Tuesday by EPA.

EPA Administrator Gina McCarthy told reporters that critics of the proposal may be pleasantly surprised by what they find in the rule, which will trigger a 90-day comment period once published in the Federal Register in the next few weeks. McCarthy said she believes the new rule will improve the Clean Water Act and reward farmers and other landowners for long-standing conservation practices.

“That confusion hasn't been good for anybody,” she said.

In a leaked proposal last year EPA indicated more waters would become jurisdictional with the rule — something EPA continues to deny.

U.S. Supreme Court rulings in 2001 and 2006 brought into question which waters EPA could regulate. The court ruled EPA needs to prove a “significant nexus” or connection to jurisdictional waters by tributaries and other waters in order to regulate those waters.

Farm groups have feared that the proposed rule would give EPA authority to regulate tributaries, streams and other intermittent water bodies on U.S. farms. McCarthy said the rule will require a body of impounded water such as a pond to have a link, or nexus to a stream or river.

“This rule will not regulate ground water or tile systems. It keeps intact exemptions and it expands exemptions. These practices will be familiar to farmers.”

McCarthy said the current regulation requires farmers to seek Clean Water Act permits when working on conservation practices that lead to the release of fill or dredge materials into jurisdictional waters.

“Now with 53 practices they will not need particular permits,” she said.

For the first time the proposed rule would exclude many upland water features from the Clean Water Act that are important for farming and forestry. Those include upland drainage ditches with no more than ephemeral water flows; artificially irrigated areas that would revert to upland should irrigation cease; artificial lakes or ponds used for purposes such as stock watering; artificial ornamental waters created for primarily aesthetic reasons; and water-filled depressions created as a result of construction activity.

Assistant Secretary of the Army for Civil Works Jo Ellen Darcy, said federal agencies have worked to address farmer and other stakeholder concerns about the Clean Water Act.

“In the last three years there has been an unprecedented undertaking by these agencies,” she said.

“The court called on EPA and the Corps to offer clarity and that's what we've done today. This will help us nationwide to deliver a better public service. What we've recognized is that farming practices have helped to improve water quality.”

For those practices on the farm not exempted from the Clean Water Act, farmers still must seek permits to conduct certain work that leads to the release of fill and dredge into waters of the U.S.

McCormick has a peach orchard and said waterfowl are an important part of his operation.

Whit Fosburgh, president and chief executive officer for the Theodore Roosevelt Conservation Partnership, said the proposed changes will bring back important protections to hunting and fishing.

“After the Supreme Court decisions we saw a dramatic loss of wetlands,” he said.

Despite efforts to ease the concerns of farmers, U.S. Sen. David Vitter, R-La., the top Republican on the Environment and Public Works Committee, said he believes EPA's proposal is an assault on private property rights.

“The 'waters of the U.S.' rule may be one of the most significant private property grabs in U.S. history,” Vitter said in a statement.

“Today's rule also shows EPA picking and choosing the science they use. Peer review of the agency's connectivity report is far from complete, and yet they want to take another step toward outright permitting authority over virtually any wet area in the country, while at the same time providing a new tool for environmental groups to sue private property owners.”

Most wildlife groups applauded the proposal Tuesday, although many of them would like to see more protection for rivers and streams.

“We simply cannot protect our rivers, lakes and bays without protecting the many small streams and wetlands that feed into them. Drinking water supplies for more than one-third of Americans will be safer once this rule is put into place.”

The rule would clarify the Clean Water Act would protect most seasonal and rain-dependent streams, wetlands near rivers and streams, “other types of waters may have more uncertain connections with downstream water and protection will be evaluated through a case-specific analysis of whether the connection is or is not significant,” according to an EPA news release.

Will the Dakotas Remain Loyal to Corn?