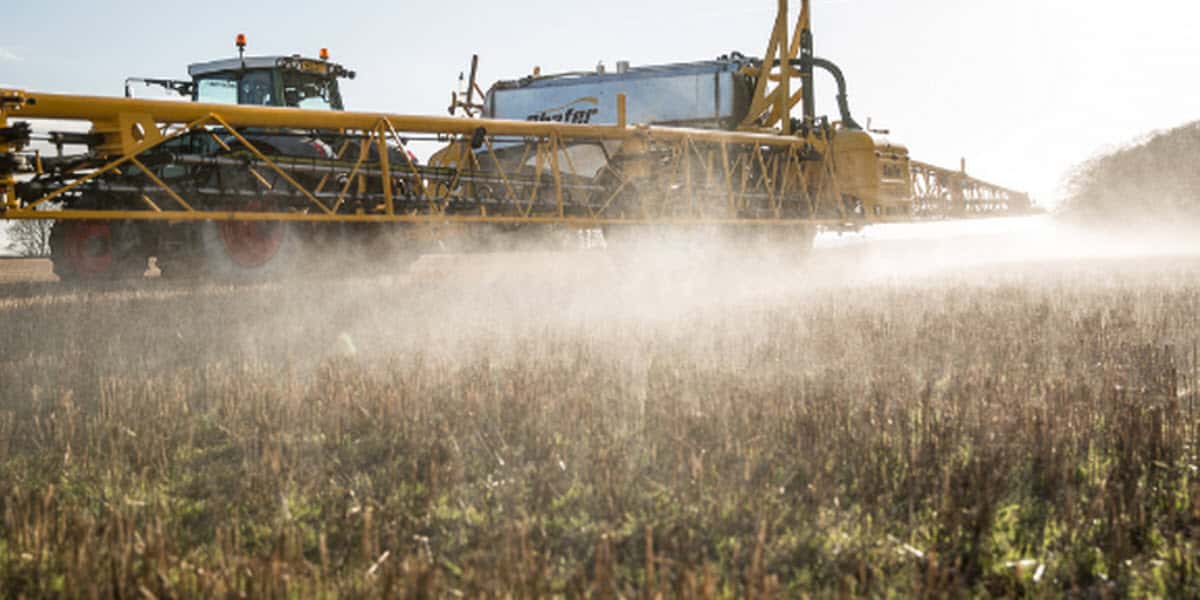 OMAHA (DTN) — The EPA continues to find no human health risks associated with the use of glyphosate and the herbicide is not a carcinogen, the agency said in its latest review.

However, the agency did acknowledge glyphosate poses some ecological risks.

“To address these risks, EPA is proposing management measures to help farmers target pesticide sprays on the intended pest, protect pollinators, and reduce the problem of weeds becoming resistant to glyphosate.”

Agricultural crops genetically engineered to withstand glyphosate have greatly expanded the use of the chemistry since 1996. Glyphosate also is used in forestry, urban, lawn and garden applications. Bayer also had glyphosate in its portfolio before acquiring Monsanto.

That broad use has drawn worldwide attention to the herbicide and to its safety.

Though glyphosate was developed by Monsanto, it is off-patent and sold by many agriculture companies as one of the most widely used herbicides in the world. It came to market in 1974 under Monsanto’s Roundup label for control of perennial and annual weeds in non-crop and industrial areas. In 2018, California regulators failed in an attempt to label glyphosate products as “known to cause cancer.”

At the end of March, a California jury awarded $80 million to a man with non-Hodgkin lymphoma who had used glyphosate at an animal refuge for nearly 30 years. Last year, another jury in the state awarded $287 million to a groundskeeper with cancer who used the chemical. In all, there are 11,200 lawsuits aimed at glyphosate.

Earlier in April, Vietnam’s Ministry of Agriculture and Rural Development banned the import of glyphosate after a series of legal defeats for Bayer in U.S. civil lawsuits alleging the weed killer caused cancer.

In 2015, the International Agency for Research on Cancer, a World Health Organization agency, concluded glyphosate was “probably carcinogenic.”

IARC came under fire as a result of its broad declarations about what is carcinogenic in detailed summary reports known as monographs. The agency, for instance, drew scorn in 2015 for a monograph classifying processed red meats such as bacon as carcinogenic.

The IARC’s glyphosate finding set off a series of reactions. The EPA released and retracted a report refuting the IARC’s conclusion in 2015.

At the end of December 2017, EPA announced in its draft risk assessment of glyphosate that the herbicide is not likely to be carcinogenic to humans.

At the end of November 2017, the European Union approved a five-year extension of glyphosate’s use.

On Tuesday, EPA said its latest conclusions are consistent with the conclusions of science reviews by other countries and other federal agencies.

“Today’s proposed action includes new management measures that will help farmers use glyphosate in the most effective and efficient way possible, including pollinator protections,” he said. “We look forward to input from farmers and other stakeholders to ensure that the draft management measures are workable, realistic and effective.”

“If we are going to feed 10 billion people by 2050, we are going to need all the tools at our disposal, which includes the use the glyphosate,” he said in a statement. “USDA applauds EPA’s proposed registration decision as it is science-based and consistent with the findings of other regulatory authorities that glyphosate does not pose a carcinogenic hazard to humans.”

Once the EPA publishes a public notice in the Federal Register on the review, it will be subject to public comment for 60 days.