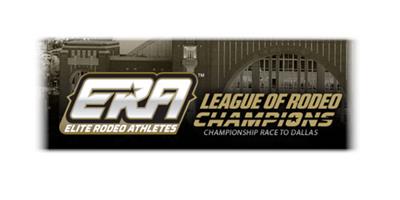 Posted from the Elite Rodeo Association:

The Elite Rodeo Association (ERA) and three of the top cowboys in the world today filed an antitrust class action lawsuit challenging unfair and illegal bylaws passed by the Professional Rodeo Cowboys Association (PRCA). These anticompetitive PRCA bylaws were enacted in October 2015 to try to shut down or harm ERA before its inaugural 2016 season.

“ERA’s goal is simple: better the sport of rodeo for everyone – fans, professional athletes, rodeo associations, stock contractors, sponsors and venues,” said Tony Garritano, CEO and President of ERA. “We are filing this lawsuit on behalf of professional cowboys and cowgirls who have devoted their lives to rodeo and are truly the best in the sport, in order to make rodeo stronger and create opportunities for everyone who dreams of being a rodeo champion, not only today but for generations to come.”

ERA was announced earlier this year to create a new, nationally televised stage where fans get to see the best rodeo talent compete in a regular season culminating with a World Championship Rodeo at the American Airlines Center in Dallas, Texas. ERA seeks to expand audiences for the sport and elevate the world of professional rodeo. PRCA responded to an announcement that top cowboys would focus their 2016 “tour” schedules on ERA events by enacting new bylaws that retaliate against almost anyone who participates in, or has any connection with, an ERA rodeo, including athletes, rodeo committees, facilities and vendors.

“PRCA is unlawfully exercising its monopoly power in the rodeo industry and organizing a group boycott to prevent free competition in the sport,” said Jim Quinn, one of the country’s preeminent sports law attorneys and a partner with the law firm of Weil, Gotshal & Manges LLP, which is representing the cowboys and ERA in the lawsuit along with antitrust law partner Eric Hochstadt and sports law attorney John Gerba. “PRCA’s bylaws are clearly anticompetitive on their face, and should be declared illegal by the court, just as other courts have done when PRCA tried these same unfair tactics in the past.”

The class action lawsuit seeks a court order to temporarily and permanently stop PRCA from enforcing the new bylaws. The case was filed in U.S. District Court for the Northern District of Texas in Dallas on behalf of all current and future athletes who are or will be an officer, board member, employee of ERA or have or will have an ownership or financial interest of any form in ERA.

“We aren’t asking for any money in this lawsuit, just the opportunity to compete in ERA events without being retaliated against by PRCA,” said Trevor Brazile, a 21-time World Champion Cowboy, ERA Board Member and shareholder, and one of the named plaintiffs in the lawsuit. “We believe PRCA and ERA can – and should – work together on behalf of the sport, just as PRCA has successfully done with the Professional Bull Riders (PBR) and other rodeo associations.”