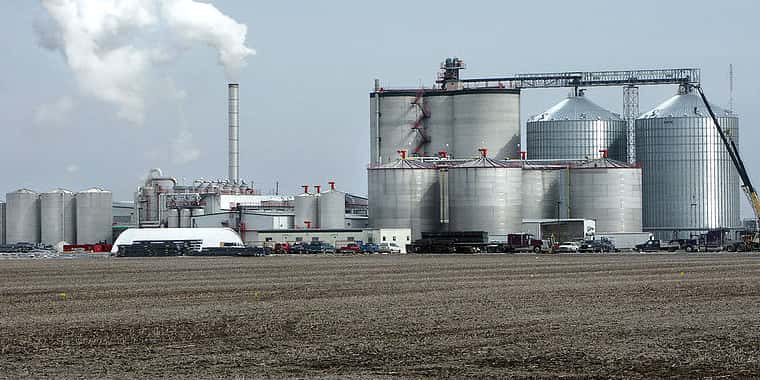 Ethanol groups are in DC to make the case for the largest possible volumetric requirements for biofuels under the Renewable Fuel Standard.

Earlier this year, EPA lowered volumetric requirements under the RFS, a move that pleased the oil and meat industries and some consumer advocates, but EPA Administrator Gina McCarthy has said publicly that the final rule will have higher numbers.

Since EPA made its first proposal, gasoline usage has moved upward with the improved economy, and with the corn crop expected to be huge, corn prices have plummeted.

After Agriculture Secretary Tom Vilsack spoke early Tuesday to members of Growth Energy, which represents builders and operators of ethanol plants, Buis told reporters not to bother to call him after the meeting because EPA and OMB officials would not give them an indication of what the final numbers would be.

Buis said the meeting would be “a presentation,” and that EPA and OMB officials are “expected to be stone-faced and would make great poker players.”

He also said that in addition to making the case for higher volumetric requirements, he would urge EPA to abandon its methodology for determining the requirement because it is “giving the keys to oil.”

Vilsack confirmed that he expects the volumetric requirements to be higher than EPA's original proposal, but he urged the industry to think more broadly about how to increase consumption of renewable fuels, including corn-based ethanol.

The industry's focus on the RFS “has a tendency to be a negative message,” Vilsack said.

Asked how the expected huge corn crop can be absorbed, Vilsack suggested that the ethanol industry think beyond gasoline for automobiles to exports, the Defense Department, the airline industry and other products.

He also noted that Congress had forbidden USDA to use one program to finance blender pumps, but that he plans to use the business and industry loan program to continue to help provide infrastructure for the industry.

Vilsack also said he will urge EPA to make the vapor rule for E10 and E15 the same, and that he is working with other federal agencies to try to resolve problems that Growth Energy considers governmental impediments to the further development of the industry.

Ethanol advocates should be aggressive in defending the fuel they produce and not be afraid to point out that the oil industry has a “stranglehold” on gasoline distribution, he said.

“I love taking on the big guys,” Vilsack said. “My dad used to say the bigger they are the harder they fall.”

He also urged Growth Energy members to be creative in their usage of social media to get their message out and to watch a recently released documentary called “Pump,” produced by the Fuel Freedom Foundation, which “tells the story of America's addiction to oil.”

Vilsack, who was the Democratic governor of Iowa when corn-based ethanol developed as an industry, said he remains optimistic about its prospects.

“We keep inching forward,” he said.

At a news conference after Vilsack's speech, Buis said his members would go to Capitol Hill to urge members of Congress not to make any changes in the RFS.

At the news conference, Abe Hughes, vice president of New Holland North America, said his company is supporting the RFS because it provides stability to corn prices and to rural America.