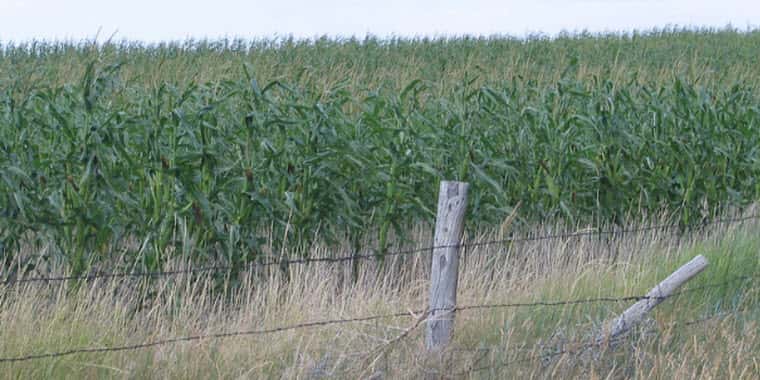 BIRMINGHAM, Ala. (DTN) — People are about to know a lot more about your land at the click of a mouse. It could be a game changer for the agricultural land market. It could also lead to some major shifts in how the leasing game is played.

CIBO, a company founded by Flagship Pioneering, is releasing what it calls a “land intelligence platform.”

Through a combination of available public data and science-driven intelligence, the company will open a new window of proprietary insights on hundreds of millions of acres of farmland. Those insights will include land and lease values and productivity — but also things like the environmental impact of a management practice and stability of land.

The insights will constantly update based on weather and management shifts. It can be as finely defined as a single parcel, or aggregated out at the county, state or national levels. Land is scored on a 0 to 100 range, enabling users to compare scores on different parcels.

Farmers, investors, lenders, or anyone with an interest in the rural land economy will be able to access this data, which can include owner information, tax information, weather, satellite images and soil maps across the country. The end result, it’s hoped, is a way for all stakeholders to evaluate farmland from a more scientific, objective position.

In an exclusive interview with Progressive Farmer, CIBO’s CEO Daniel Ryan said work to develop this platform has been closely tied to those in agriculture, including a farmer advisory network. When the platform launches it will be primarily focused on corn and soybean ground in the Midwest, but expansion is expected to start to other areas and crops within the next quarter. As an indicator of size of the platform today, 3.81 million parcels were available for viewing through CIBO at press time. In the state of Iowa alone, a little over 665,000 parcels were reported. Parcels vary in size, so as to the number of acres on the platform, CIBO estimates it is in the hundreds of millions.

“Until now, we haven’t had objective information that can tell you how valuable, risky, productive, or what the environmental impact is on a parcel of land,” said Ryan. “Now, by virtue of the work of Doctor Bruno Basso from Michigan State University, and computer vision and machine learning, we can look at every ag parcel in the country in a detailed way that was never possible before.”

Uses for CIBO’s platform are initially aimed at helping optimize output on land, he said.

“Our goal is to help people understand their existing land,” he said. In addition, Ryan noted businesses like banks can use this in making lending decisions.

“It can definitely help with valuation and land lease rates,” he explained, adding that CIBO will cover the lower 48 states. While they are starting with the Corn Belt, they plan to extend next into the Cotton Belt states, including Texas, Oklahoma, Arkansas and Louisiana.

Asked if sharing so much data might seem like an invasion of privacy to landowners, Ryan noted they are not making anything available that isn’t already public. However, he said if the issue of privacy becomes a concern, they can adjust the platform.

There will be two levels to the platform at launch: the base level, which is free and offers limited access to data, and a full version for $9.99 a month. CIBO is available through apps, and on the web. The platform has had 60,000 users through the beta stage.

“Users of the platform can go in and do what-ifs,” added Ryan. “An operator might want to know how changing his nitrogen input could change the calculation on the platform, this enables that. Or maybe you want to consider how modifying inputs can impact lease rates? Or you want to look at environmental impacts? We believe we can give lenders a high-level risk assessment quickly on any piece of property using this platform.”

As the company moves forward, Ryan said they plan to release regular reports, updating as weather changes crop progress and looking at numbers for productivity and yield that will change with each weather update.

At its heart, CIBO goes back to scientific founder of the company, Bruno Basso, Michigan State University specialist in crop modeling and land sustainability.

Basso said the early beginnings of some of this work came out of Russia from models designed for wheat production during the Cold War. Today, he said remodeling images come from satellites, which when taken with changes in plant performance over the last 15 years, allows them to look at fluctuations year to year. They categorize land into zones: high production, low production and unstable production.

“The high production zone is that part of a field farmers know is the best patch, versus the part that underperforms or the part that fluctuates year to year,” he explained. He said over time the technology will continue to grow in precision in simulating, predicting and valuating land productivity, sustainability and risk.

He explained the platform will be able to help someone decide a number of things about a parcel of land from a scientific point of view.

“This can really help with valuing rent,” he said. “Sometimes there’s a price that goes around the area, just because it’s similar. But all the land in an area doesn’t need to be at the same rate. Some is lower performing. The same is true for the value of a piece of land.”

There is an element that even the best technology can’t account for, added Basso, and that’s the emotional element in the land market.

“This is something we have to be truly honest about. It cannot be captured, this emotional element. When we say ‘value’ it is an indication of what has been the value to that moment that is the reported number. Technology isn’t going to bet on the final price. We are more about comparing costs of parcels, showing you what is safer, what is less risky between the two,” he explained.

Basso believes that much of the data available through CIBO could be used in defense of farmers’ positions when it comes to land prices, and the idea of being able to cash flow a piece of property when commodity prices are low.

“This could be used to say that there is no way to break even on this land at this rental rate, given the price of corn,” he said. “It can be a lobbying point to take to the landowner. It may also be a way to say, don’t plant corn here where it costs more to produce than you will make.”

The openness of CIBO is especially important to Basso, who stressed the company doesn’t carry anyone’s flag.

“This is not supported by seed companies or retailers. It helps farmers who want to demonstrate they are facing difficulties; or to say this platform is showing my land is better, it is worth more. We want all the transparency in this that can be there, because it gives farmers more power. Whether they use it as a tool to prove sustainability, or to show productivity of their land, or to work with lenders or landlords, the key is openness and honesty.”

To explore the new platform, go to: cibotechnologies.com