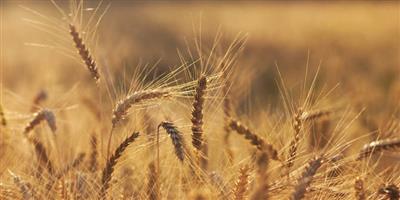 It is no secret that global wheat production will fall this year due to unfavorable weather across the European Union (EU), Black Sea — Kazakhstan, Russia and Ukraine — and Australia. However, government policies are further constraining the global wheat supply, increasing costs and uncertainty for global wheat buyers.

Currently, there are two countries that have changed their export policies — Argentina and Ukraine — and a third, Russia, is thinking about it. These three countries account for an average 26 percent of global wheat exporter supplies and an average 50.7 MMT of global wheat exports. In Russia and Ukraine, the respective agricultural ministries are actively monitoring domestic wheat prices and wheat export quantities following a decline in 2018/19 production and rising domestic bread prices.

On Sept. 3, the Russian Agricultural Ministry stated that it did not have plans to implement a grain export duty or “curb grain exports in any other way.” The Ministry released this statement following its second meeting with Russian grain exporters about export volumes in just 17 days. While the statement eased immediate concern from the markets (and resulted in 11 to 16 cent per bushel decreases for nearby wheat futures contracts on Sept. 4), the frequency of the meetings and letters obtained by Reuters have grain markets on edge.

Russia implemented export taxes twice and completely banned wheat exports twice over the past decade. Each time, those policy changes resulted in significant, rapid price movement. Russia currently has an export tax on wheat that is set at zero percent, though it can adjust that tax at any time.

While Russia and Ukraine policies are adjusting to decreased domestic production and resulting increases in domestic prices, in Argentina, an export tax has been implemented in an attempt to shore up the domestic currency, which has fallen more than 50 percent compared to the U.S. dollar year over year. On Sept. 3, Argentina President Macri announced a 4 peso per dollar export tax on wheat and corn shipments.

According to International Grains Council (IGC) data, Argentine wheat has averaged $252 per metric ton (MT) since the beginning of the 2018/19 marketing year on June 1. This export tax will raise Argentine wheat prices by roughly 10 percent at today’s exchange rate of 39 Argentine pesos to 1 U.S. dollar, or about $25 per MT, on average. Argentine wheat production is expected to total 19.5 MMT, up 8 percent from 2017/18 and 35 percent above the 5-year average.

These policy changes and uncertainty from three of the world’s top wheat exporters come at a time when global wheat consumption is increasing and with it, the need for additional global exportable supply. USDA expects 2018/19 world wheat trade to rise 1 percent to a new record high of 184 MMT; if realized, it would be 6 percent greater than the 5-year average of 174 MMT.

With all of the uncertainty in the global wheat futures today, the U.S. wheat industry commitment to being the world’s most reliable supplier remains constant. Your local U.S. Wheat Associates representative stands ready to help with any questions about the U.S. marketing system, U.S. wheat supply and demand situation and U.S. wheat pricing.