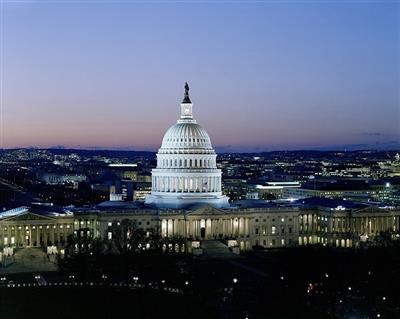 In a defeat for House Agriculture Committee Chairman Michael Conaway, R-Texas, the farm bill he led failed a House vote early Friday afternoon as 30 Republicans joined 183 Democrats to defeat the bill 198 to 213.

Democrats voted unanimously against the bill, opposing it from the committee process because of multiple changes to the Supplemental Nutrition Assistance Program that would have removed people from the program for failing to participate in job training programs or because of required changes in income thresholds.

Conaway could have mustered support solely from the Republican caucus to pass the farm bill, but House leadership was unable to deal with the Freedom Caucus' demands for vote on unrelated immigration issues that helped lead to most of the 30 Republicans to oppose final passage.

Conaway said Thursday night he was not a part of the conversations between the leadership and the Freedom Caucus, but he had assumed leadership would work out the problems.

The bill, however, does not have the typical rural-urban coalition to support it because food-aid groups opposed the bill, and some conservation and farm groups were also split on the bill because of lost conservation funds, or lack of funding for specific programs.

Roger Johnson, president of the National Farmers Union (NFU), said the rejection of the bill highlights several concerns his group had with the bill. NFU, which is more left-leaning than some other farm organizations, said major changes are needed in the bill.

“At a time when farmers and ranchers are in significant financial strain due to years of depressed prices, this bill does not make necessary improvements to the farm safety net,” Johnson said. “It eliminates conservation programs and funding that provide them with the tools they need to be the best possible stewards of our natural resources. It reverses progress toward expanding their access to local, regional and specialty markets. And it makes unnecessary cuts to programs that feed hungry Americans.”

The bill failed even though lawmakers had fought back multiple amendments that would have affected commodity programs, including an effort to reform the sugar program.

Conaway had said Thursday that if the House passed the sugar amendment he would rally against his own bill. He told reporters the fate of the sugar amendment was important because its passage could have led to challenges to other crops in the future.

The American Sugar Alliance, which represents cane and beet growers, cheered the House's rejection of an amendment to make changes to the sugar program by a 141-vote margin on Thursday, while sweetener users said the House had missed a major opportunity to reform an old-fashioned government support program that causes them to pay higher prices for a key ingredient.

The House rejected the Sugar Policy Modernization Act authored by Reps. Virginia Foxx, R-Ill. and Danny Davis, D-Ill. by a vote of 278 to 137.

“The Foxx-Davis scheme was designed to cut sugar families out of the farm bill and reward bad actors abroad,” explained Texas sugarcane farmer Bryce Wilde. “It would've led to bankruptcies and job loss across the country, and lawmakers were right to defeat it.”

“Big food companies spent millions lobbying to harm U.S. sugar farmers, but Congress saw this proposal for what it was — an America-last sugar policy,” added Curt Rutherford, a farmer and president of the California Sugarbeet Growers Association. “This vote came down to a simple question: Do you support U.S. farmers or not? And we appreciate the fact that so many members clearly support farmers.”

Sugar producers noted that they got a lot of support from other commodities, union leaders, bankers, accountants, free-market advocates and even foreign sugar industries that export to the United States.

Conaway said he does not believe there are any “poison pill” amendments remaining that would lead him to oppose the bill, or large numbers of members to oppose it. The House Rules Committee did not make in order amendments that would have cut crop insurance or imposed payment limits on farm subsidies.

The most important of those amendment votes on Thursday was on an amendment offered by Rep. Tom McClintock, R-Calif., to phase out farm subsidies.

Conaway said he was unaware that McClintock was going to offer that amendment, but when he learned of it, he encouraged the House Rules Committee to put it in order because he believed it would garner a large vote to reject it and would put the body on the record in favor of the farm programs.

The House rejected McClintock's amendment to phase out farm subsidies by a vote of 34 to 380.

President Donald Trump also put out a tweet Thursday that seemed to indicate support for the House farm bill.

“Tomorrow, the House will vote on a strong Farm Bill, which includes work requirements,” Trump tweeted. “We must support our Nation's great farmers!”

However, the responses Trump received ranged from questions about the impact of his trade policies on farm exports to discussions about the bill's work requirements for food stamp beneficiaries and looser rules on who qualifies for farm subsidies.