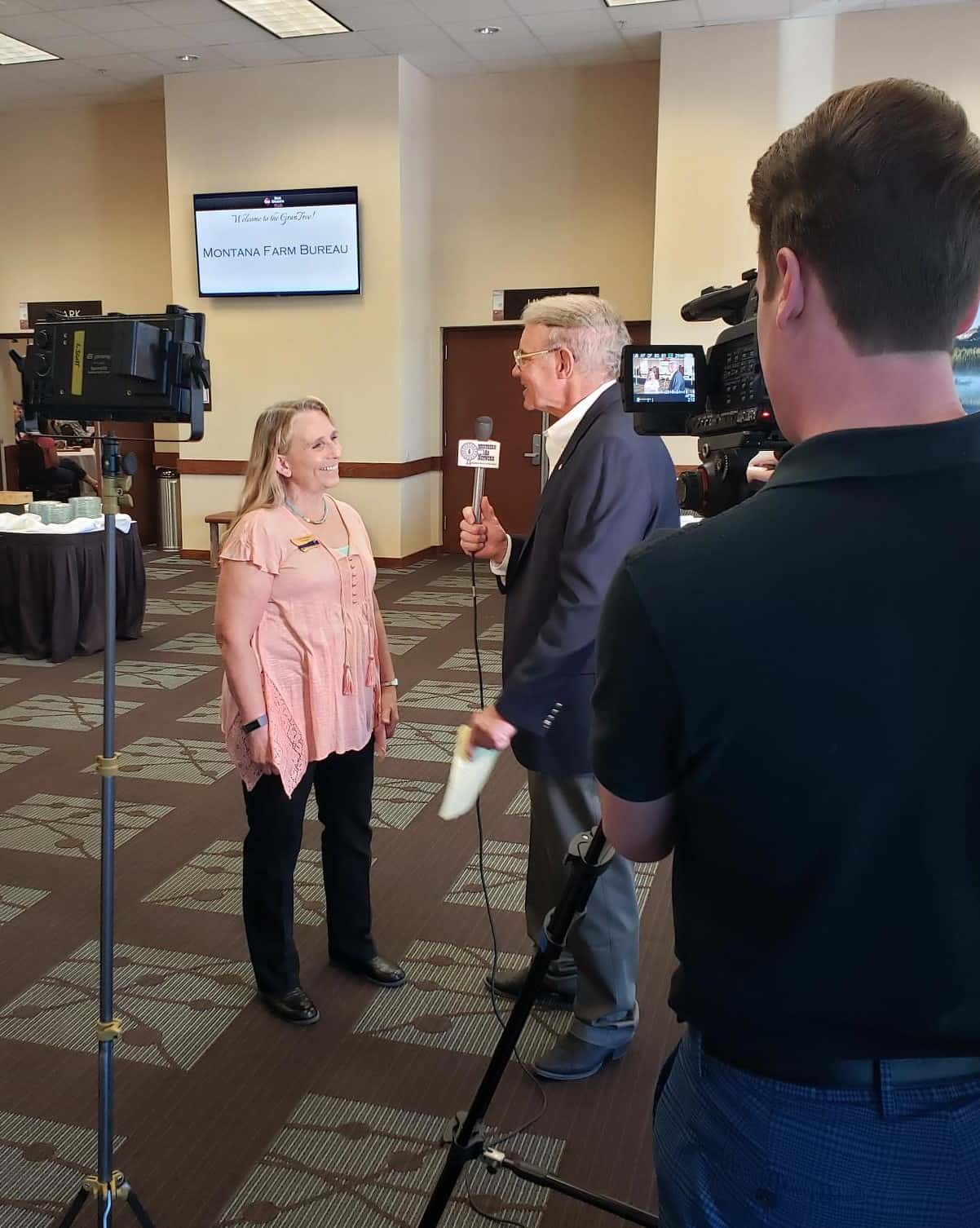 “What a wonderful shared history we have. Montana Farm Bureau’s first meeting was February 5, 1919 at the Montana Ag Experiment Station in Bozeman. I hope to build on that history and strengthen the collaboration to benefit Montana agriculture,” noted Bajwa.  She thanked MFBF for their continued support in the legislative session to retain funding for the MSU Extension Service and Ag Research Stations.

The purpose of the Summer Conference is for advisory committees to discuss current agricultural issues and concerns and surface ideas for policy development. The equine committee featured a speaker on first-aid and critical care for horses while the livestock committee had an update from the Department of Livestock.  The Water Committee visited with lawyer Hertha Lund who addressed why the ratification of the CSKT Water Compact is critical. In all, 10 committees covered a range of topics pertinent to farming and ranching and sent potential policy recommendations to the MFBF Board.

Some members participated in the Foundation Golf Scramble while the rest took a tour to Cowboy Cricket Farm, Resonon, Inc. and Gallatin Valley Botanicals at Rocky Creek Farm. The tours provided a varied look at current agriculture. Cowboy Cricket Farm makes Chocolate Chirp Cookies, Smokey Jumpers, and 100% Cowboy Cricket Powder using farmer-raised crickets. Resonon, Inc. is on the cutting edge of drone and hyperspectral imaging technology.  Although Gallatin Valley Botanicals might sound like they harken back to an earlier time with their wide variety of organic produce and pasture-raised chickens, they are keeping up with the modern trend of their Consumer Supported Agriculture business as well as using agri-tourism options for pick-your-own pumpkins and farm tours that educate students about agriculture.

Theo Yanzick, a diversified farmer from Absarokee, was interested in the hemp speaker, Andy Gray, from the Montana Department of Agriculture. “Some of our neighbors are beginning to grow hemp, so I’m curious. At this point, it looks like it takes a lot of money to grow hemp for commercial products,” Yanzick said. “There are many fees and it’s hard to get the seed. Plus, growing conditions need to be favorable or you’ve wasted your money. However, some producers do believe it’s going to be a great crop.”

Northern Ag Network also had opportunities to interview several people during the summer conference. Taylor Brown sat down with MSU’s Vice President of Agriculture Dr. Sreekala Bajwa and also was able to catch a couple of TV interviews with Cyndi Johnson, Vice President of MFBF and Hans McPherson, President of MFBF. Northern Ag’s Andy Schwab sat down with Laura Nelson, a free lance journalist, who has been contracted with MFBF to write a book on the 100 years of history of ranchers and farmers of Montana. Laura mentioned a part of the book that states dairy farmers battled fake butter (margin) in the 1930’s and legislatures used similar language as today’s battle against fake meat. 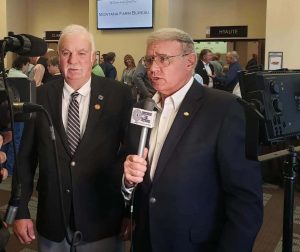 Charsi Workman, who helped Cowboy Cricket Farms with their Growth Through Agriculture grant, said it was great to see the business doing well. “They applied for a grant to grow their product line which has been named a top-selling insect product on Amazon,” said Workman. “It’s a vertically integrated, value-added system and very ingenious to have local farmers raising crickets from extra income. The company was a good fit for our Growth Through Ag grant program. Montana actually leads the nation for insect production.”

In addition to the informative sessions, meeting and tours, members were able attend the Montana Farm Bureau Foundation’s “Back in Time” fundraiser and dinner—appropriately located in the 100-plus year- Big Yellow Barn near Belgrade.