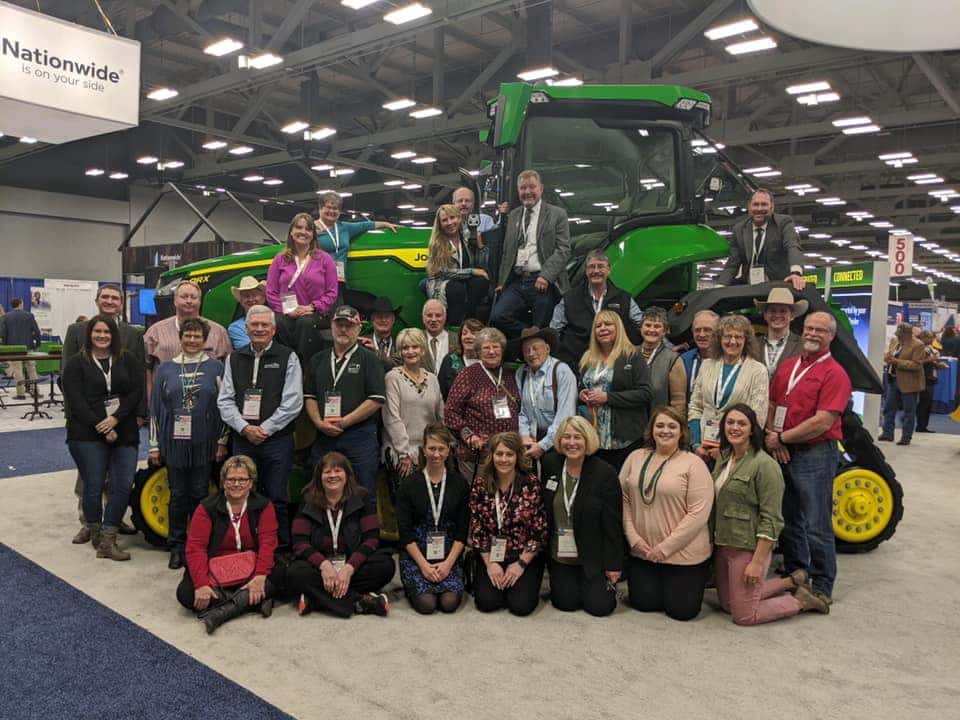 Farmers and ranchers traveled from across the country this week to Austin, Texas to attend the 101st convention of the American Farm Bureau Federation. The convention, which ran January 17-22, featured tours and a variety of meetings and workshops. Also, members heard from President Donald Trump and Secretary of Agriculture Sonny Perdue.

There was a lot of optimism on the outlook for agriculture at the convention. Excitement over the recently signed phase-one trade deal with China and the President set to sign the U.S. Mexico Canada Agreement soon, has producers thinking increased foreign demand for U.S. ag products could support prices.

Northern Ag Network’s Colter Brown attended the convention and below is a look at what producers saw there, as well as thoughts from the Montana Farm Bureau Leadership team about where the ag industry currently sits.

Farmer and rancher delegates to the convention also adopted policies to guide Farm Bureau’s lobbying efforts in 2020. After a year-long process to review ways to modernize Federal Milk Marketing Orders, AFBF’s delegates voted to support creation of a flexible, farmer- and industry-led milk management system. This includes giving individual dairy farmers a voice by allowing them to vote independently and confidentially on rules governing milk prices. The new dairy policies, when combined, “will form a strong foundation” to guide the organization during future reform efforts to better coordinate milk supply and demand.

Two policies that originated from Montana that were passed support for euthanizing any apex predator that had been trapped by any agency because the animal had been deemed a problem animal. Another MFBF policy passed supported the USDA implementing a comprehensive educational system for producers as they transition from a national uniform ear-tagging system to a Radio Frequency Identification (RFID) system.

A policy that originated from Wyoming supported making it a criminal offense to willfully harass livestock with a drone. One other policy regarding animal care opposed any effort to ban the use of horses in rodeos, agriculture, transportation, entertainment or exhibition.

Another policy that passed opposed any efforts to “re-wild” the West, while several others centered around farmers and ranchers having the right to repair their own equipment, including rebooting a tractor’s operating system.

Delegates also re-elected American Farm Bureau President Zippy Duvall and Vice President Scott VanderWal for their third terms. VanderWal served as chair of the meeting on behalf of Duvall, who is grieving the loss of his wife, Bonnie.

New Rule For Waters of The U.S. Receives Praise From Several Groups

Thanks for a fine job on covering Montana Farm Bureau at the American Farm Bureau Convention! This is a good piece that sums up the thoughts of our leaders and what was going on between January 17-22. We appreciate you joining us and all the work you did during the event.