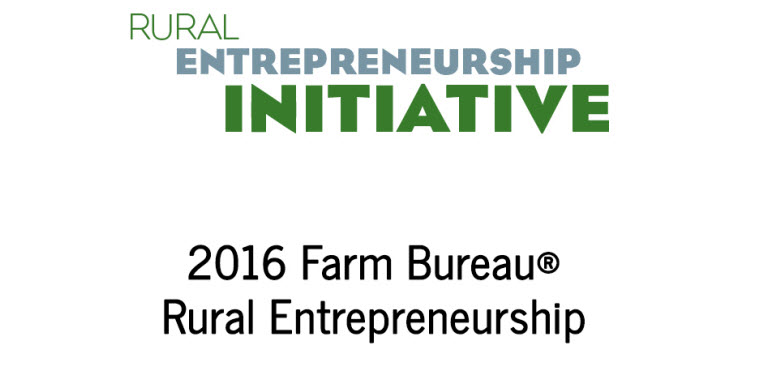 WASHINGTON, D.C., December 29, 2015 – An intense round of competition is expected when the final four competitors pitch their business ideas to a team of judges during the Farm Bureau Rural Entrepreneurship Challenge at the American Farm Bureau Federation’s 97th Annual Convention and IDEAg Trade Show in Orlando, Florida, in January. A live feed of the finals competition will be available starting at 10:45 a.m. Eastern Standard Time on Sunday, Jan. 10, at Newsroom.fb.org.

AFBF announced the final four national competitors in October, when each was awarded $15,000. The challenge, now in its second year, provides opportunities for individuals to showcase business innovations being developed in rural regions of the U.S. It is the first national business competition focused exclusively on rural entrepreneurs working on food and agriculture businesses.

The final four will pitch their business ideas to a team of judges in front of a live audience in hopes of winning the Rural Entrepreneur of the Year Award for an additional $15,000 and the People’s Choice Award for $10,000 more, totaling prize money of up to $40,000 to implement their ideas. The winners of the competition will be announced in the morning on Monday, Jan. 11.

The finalist businesses competing in January were chosen from 165 applicants:

“We can all learn something from the great ideas put forward by the final four competitors for successful businesses in their local communities.”

EPA: We Won’t Back Down From Our Mission–WOTUS

Public Misconceptions about Antibiotic Use in Livestock