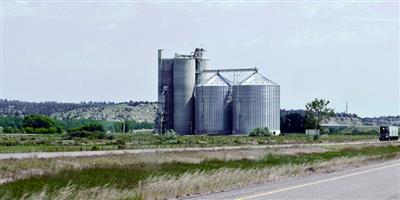 INDIANAPOLIS (DTN) — If you want a sneak peek at the conversations that will be taking place in lenders' offices this winter, study actual farm business records from year-end 2015, ag economists are warning. All signs indicate a number of Grain Belt operators have depleted their liquid reserves and will be facing major sacrifices if they want to keep farming in 2017.

The bottom 20{e1c719bd29d6bb84a792d8ffcb03a61a093900316f2da3efbd39b86f03d248b8} of commercial crop farmers will likely have burned through their reserves this season, so will face stark choices to sell or remortgage real estate to qualify for credit in 2017, economist Dale Nordquist warned. (DTN photo by Marcia Taylor)
An expected, record crowds of close to 800 farm lenders are gathering in Indianapolis for their annual American Bankers Association conference this week. A pre-event workshop titled, “The High Road, the Low Road or the Exit Ramp: Where Are Your Customers Headed?” set the tone for the gathering.

The 2015-crop was the lowest income year in the 20 years of records monitored by the Center for Farm Financial Management with median incomes of about $22,000, said University of Minnesota economist and the center's assistant director Dale Nordquist. That was despite yield records set for corn and soybeans, so he doubts incomes will improve much after 2016's returns are tallied.

“Full grain bins were not a salvation for crop producers,” he told a ballroom packed with lenders and bank regulators. In fact, three consecutive years of accrual losses may have caught some cash-basis farmers off-guard, he added, since many were able to sell high-priced 2012 grain in early 2013 and thought they remained profitable. But since then, the more than 3,000 farms in the center's database have drained much of the reserves they built during the peak corn years.

“We hear we're just back to the 'normal' years of the 1990s and early 2000s,” Nordquist said. “But these guys are managing much larger operations today. Their return on assets is so much lower and it takes more debt to cover them than in those earlier years … If it is getting back to normal, we'll see real hurt.”

Federal Reserve and other banking reports lag what farmers see when they tally their year-end returns. Delinquencies and bank charge-offs remain low and well within lenders' capacity to handle. But even there, “we're beginning to see cracks that we weren't a year ago,” said Jackson Takach, an economist for Farmer Mac. At this stage, “it's not a floodgate, and it's not deteriorating like 2009 or even close to the 1980s.”

WHO MADE MONEY AND WHO DIDN'T

However, crop producers in the Center for Farm Financial Analysis database (representing farms averaging 1,250-acre in size) have drained their cash reserves in recent years. After increasing their working capital $417,000 between 2006 and 2012, the group held only $281,000 at the beginning of 2016, Nordquist pointed out. Given potential losses for 2016, and prospects of depressed commodity prices forecast for the next several years, liquidity might not meet regulatory minimums for many producers without some kind of restructuring.

“Through history, the bigger you were, the more money you made. You couldn't go wrong being big,” Nordquist said. Now as commodity prices come back to earth, he's seeing much wider gaps in management among large farms that will be a concern to lenders.

After figuring out what they can do to realign their costs, they will be candidates for either mortgaging some of their equity in land, or perhaps selling parcels to keep farming, Nordquist and other speakers said.

“The balance sheet is still strong for most producers. It's a cash-flow problem, not a solvency problem, because land values have been hanging in there,” Nordquist said. In fact, the Minnesota Department of Revenue recently reported the state's farmland values barely dropped 1{e1c719bd29d6bb84a792d8ffcb03a61a093900316f2da3efbd39b86f03d248b8} based on actual sales prices in 2016, meaning farmers have retained much of their real estate wealth to date so retain options to fix their problems. That provides a window of opportunity for those who need to generate cash from their assets.

In Nordquist's analysis, these $1 million low-profit farms hadn't overinvested in machinery, but their costs of production on corn were about $1 per bushel higher than the high-profit group, likely due to cash rental rates. Marketing also played a major role: The low-profit group earned about 14 cents per bushel less on corn and 47 cents less per bushel on soybeans than their peers in 2015. However, hedging gains or losses were the main thing that separated high- and low-income producers since 2008. High-income operators had salted away profits from their hedging accounts every year but 2010 and 2012, while the low-profit farms lost money no matter what direction markets headed.

“Farmers need to think pre-emptively about their options,” Nordquist said. Equipment values have already plunged. Some families have trimmed living and input costs. “It's hard to think about land sales, nobody wants to do it. But it can solve a lot of their problem as long as real estate markets hold up.”

Agriculture is in a situation much like the seventh-inning of a baseball game, Virginia Tech economist emeritus Dave Kohl added. “They called in the relief pitcher in innings three through six, and that was working capital. Now the next relief pitcher is core equity, its land. Growth-oriented farmers without a land base [to remortgage or sell] will be headed to the exit ramp.”