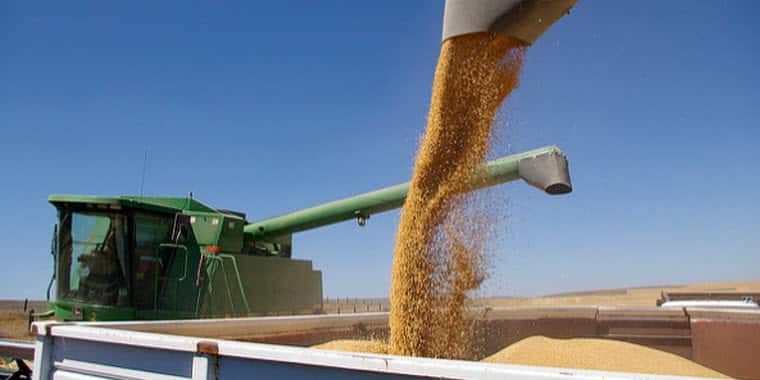 Following several years of low farm income and rising debt levels, a review of Federal Deposit Insurance Corporation quarterly call report data reveals that the delinquency rates for commercial agricultural loans in both the real estate and non-real estate lending sectors are at a six-year high.

While the delinquency rates are well below the levels experienced following the recession, they are above the historical average and trending in the wrong direction due to several years of poor farm income exasperated by extreme weather events and ongoing trade disruptions.

In some states total bankruptcies filed were down, but those that saw an increase saw a significant increase in the past year. Kansas had 13 more Chapter 12 bankruptcies in the past year, up 50% from the 12-month period ending June 2018. Oklahoma also had a significant rise in farm bankruptcies, with filings more than doubling from the previous year. However, states in the southeast, like Tennessee, Mississippi, Georgia and Florida, had smaller numbers of filings, though those changes weren’t as drastic.

In the year ending June 2019, Chapter 12 farm bankruptcies increased in every region in the United States, except for the Southeast. However, there were still a significant number of bankruptcies filed in that region. The Midwest and Southeast had the highest number of filings, 240 and 100 bankruptcies in the past year, respectively. The Midwest is up from 215 filings from the previous year to 240 filings, an increase of 12%. The biggest increase in bankruptcies, 50%, occurred in the Northwest, which includes Washington, Oregon, Idaho, Montana and Wyoming.

Across the U.S., farm loan delinquencies and Chapter 12 bankruptcies are rising. The deteriorating financial conditions for farmers and ranchers are a direct result of several years of low farm income, a low return on farm assets, mounting debt, more natural disasters and the second year of retaliatory tariffs on many U.S. agricultural products.

The administration and Congress have done a good deal to assist farmers and ranchers, including passing the 2018 farm bill, as well as a disaster aid package, and providing a second round of Market Facilitation Program trade assistance payments.

In addition to these financial assistance packages, the House of Representatives recently passed the Family Farmer Relief Act, which updates Chapter 12 bankruptcy eligibility. Chapter 12 bankruptcies provide a seasonal repayment schedule over a three- to five-year period and lower costs relative to other chapters.

Currently, there is a debt limit of $4.1 million, preventing many family farmers from filing Chapter 12 bankruptcies. The Family Farmer Relief Act raises that cap to $10 million, allowing more farmers the opportunity to qualify under Chapter 12. This also gives producers and their creditors a better chance to reorganize and avoid mass liquidation, ultimately preventing further consolidation in the agriculture industry.

Combined, these administration and congressional efforts, along with the approval of the U.S.-Mexico-Canada Agreement and the opening of new markets around the world, will help U.S. agriculture reverse the negative trend of rising bankruptcies, low farm income and increasing difficulty servicing record-high agricultural debt.