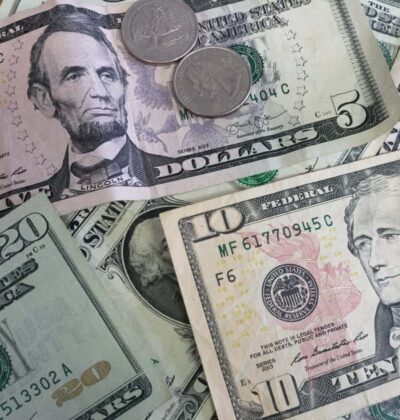 Farmers largely missed out on the first round of Paycheck Protection Program loans, but a change in how calculations are made for farmers could result in more substantial payments.

The first round tabulated payments based on farmers’ net income, which is income after deductions and expenses. This number is often low or negative because of the amount of depreciation farmers claim on equipment. For 2021, farmers can use their gross income to apply.

“That was a little bit of a handicap to those who were seeking a PPP loan, and Congress listened,” Kristine Tidgren, an associate professor at Iowa State University’s Center for Agricultural Law and Taxation, said during the Illinois Soybean Association’s virtual 2021 Soybean Summit. “In the case of a self-employed farmer, the way you’re entitled to spend it is owner compensation. Meaning that you get to actually have that money as income to yourself, kind of like a paycheck for the self-employed.”

Farmers and small businesses can apply for PPP loans through their traditional lenders such as banks and Farm Credit institutions.

The loans are forgivable as long as 60% or more of the proceeds are spent on approved expenses, which includes self-employment compensation for sole proprietorships and single-owner limited liability corporations (LLCs) that file income taxes based on a Schedule F. Partnerships, C corporations and S corporations are subject to a different set of rules for owner compensation.

Under the updated provisions passed by Congress last December, that money won’t be taxed as income, and it won’t affect the deductions you can take.

“It really is, in this case, free money to be used by small businesses who are facing uncertainty because of COVID,” she said. Applications, which are handled by your lender, are due March 31, adding one more government program to the slate of decisions farmers need to make before planting season gets underway.

Under the reauthorized and expanded PPP, there are three funding options for farmers.

— First-draw loans are available for farmers that did not apply in 2020.

— Farmers that received a PPP loan in 2020 can apply for an increase using the new calculation as long as they have not already completed the forgiveness process.

Tidgren walked through several examples of how to calculate loan amounts and increases in each of these scenarios. You can view her whole presentation, which includes sample Schedule F’s, here.

“As soon as your loan is disbursed, as soon as the bank gives you your money, you have an eight- to 24-week covered period within which to spend those proceeds,” Tidgren said. That means paying employees if you have them, or if it’s just owner compensation, “Technically, the best way to do this is to write yourself a check, and bingo, you’ve spent the money the way it’s intended to be spent, and you should be eligible for full forgiveness.”

Because this program is new, tax experts are still waiting on official guidance on some things from the Small Business Administration, which oversees the PPP, especially regarding timing issues around coverage periods for first- and second-draw loans.

Tidgren also mentioned a few other caveats to keep in mind. The application does include an affirmation that the current economic uncertainty makes the loan request necessary to support the ongoing operation of the applicant.

“It’s a kind of ambiguous affirmation that we’re making,” she said. “We do have some safe harbors out there that have been put in place that say, really, if your loan is less than $2 million, you’re going to have been deemed to have made this in good faith.”

The other thing to note is that the names of PPP loan recipients are made public along with the amounts received.

The original PPP expired in August with more than $134 billion going unclaimed. Congress has allocated $284 billion for the reauthorized program, and Tidgren said, “It does not appear that the money is running out at a rapid pace.”

According to the Small Business Administration’s approval summary, roughly $184 billion remains as of Feb. 7, 2021. “So, work with your lenders and your tax advisers to see if you qualify. Make sure that you get in the door and get yourself in line.”