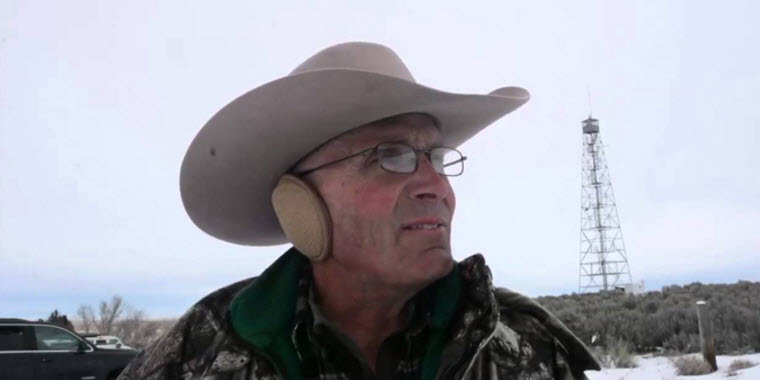 Robert “Lavoy” Finicum was shot and killed in a police standoff in Oregon this week. FBI surveillance footage appears to show Finicum reaching for a gun before police fired.

According to a report by the Associated Press (http://bit.ly/1nDEuS5) a law enforcement official said the Arizona rancher killed during the arrest of an armed group in Oregon was shot after reaching toward his waistband multiple times.

The official, who had been briefed on the investigation but spoke on condition of anonymity because he was not authorized to discuss it by name, said Robert “LaVoy” Finicum of Arizona was armed, but did not have an opportunity to shoot.

Group leader Ammon Bundy and seven other main figures in the takeover were arrested earlier in the week, most of them in the traffic stop Tuesday night that erupted in gunfire.

The FBI has released video of the deadly confrontation hoping to dispel some of the rumors but it seems to have had an opposite effect, raising more questions than it answered. '

For those inclined to believe the police account of the shooting the grainy, soundless video offered a confirmation.  But for those who believed a different account, that Finicum had his hands up in surrender when police killed him, the video stoked more furor.

On the Farm, Labor = Work