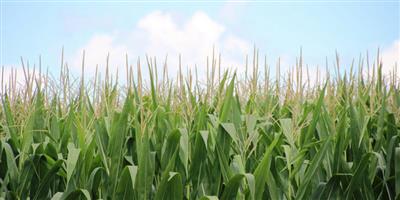 OMAHA (DTN) — Agricultural groups are praising the Food and Drug Administration for rejecting a request from biotech opponents to require labels for foods that include ingredients from biotech crops.

The FDA on Thursday issued a regulatory guidance for voluntary labels on foods from biotech crops and also denied petitions filed by the Center for Food Safety and a coalition of labeling groups demanding the agency require such labels.

The American Soybean Association was among the groups quickly praising FDA's decisions. “ASA is happy to see the guidance from FDA today that affirms that voluntary rather than mandatory labeling is the correct science-based and health policy,” said Wade Cowan, a Texas farmer and president of ASA. “This concept has been at the heart of our work on a legislative solution that would provide more clarity to consumers, and we're encouraged to see that part of the process move forward.”

Cowan and others also called on the U.S. Senate to vote on a bill that would prevent states from adopting their own biotech labeling laws. The state of Vermont is set to implement a law next summer that would require labels on all foods including ingredients from biotech crops. The House of Representatives voted in July on a bill that would block states from creating such labels and also require USDA to create a voluntary protocol similar to the national organic standards for voluntary biotech labels. The Senate, however, has not taken up similar legislation. It's possible such language could be added to a major spending bill Congress needs to pass sometime in December.

“Winter is coming,” Cowan said. “The Senate has the ability in the coming weeks to establish a path forward on labeling that is based in science and doesn't stigmatize a safe and proven technology, but at the same time provides consumers with the information they want. We encourage Senators to keep moving forward with their work.”

In its response to groups pushing for a biotech label, FDA stated it did not find enough evidence to show that foods from genetically engineered crops are different enough to require such labels. FDA noted that foods from biotech crops do not pose any greater safety concerns than foods derived from crops through traditional breeding.

“The FDA affirmed today that it relies on science-based decision making and is confident in the safety of GE (genetically engineered) crops that have been approved under the U.S. regulatory system, and that there is no legal basis for mandating labeling of food or feed containing biotech ingredients that have been found to be as safe or safer than their conventional counterparts,” said Randy Gordon, president of the National Grain and Feed Association.

FDA officials made the decision on the same day the agency also approved the first genetically engineered animal for commercial food production. FDA approved the AquAdvantage salmon after years of vetting by the agency. Nonetheless, the Center for Food Safety and other groups announced they would quickly sue to block the fish from being commercialized.

Bob Stallman, president of the American Farm Bureau Federation, called the FDA decision a victory for both farmers and consumers. The FDA's action “recognizes how biotechnology is changing the way we grow food — for the better,” Stallman said.

“Farmers and ranchers are producing more with fewer resources, without sacrificing nutrition or compromising food quality and safety. The administration sees this, and so does the nation's leading authority on food safety,” Stallman said. “(On Thursday) we also learned that the FDA has placed its stamp of approval on a genetically engineered animal product, AquAdvantage salmon. This week's announcement is a milestone for expanding farmers' and ranchers' ability to produce nutritious food critical to a healthy diet.”

The National Corn Growers Association pointed out the FDA guidance on science-based labels recognizes that mandatory labels should only be required when there are clear mandatory differences in the products.

“In maintaining a science- and process-based approach to mandatory labels while laying out a thoughtful, conscientious path for voluntary labeling, the FDA stood firmly both with the people who grow our food and those who buy it,” said Chip Bowling, a Maryland farmer and president of NCGA. “A voluntary labeling system, like the one outlined, provides information that would allow consumers to make choices based in facts and not in fear.”

More information on the FDA's decision can be found on the agency's website: http://dld.bz/…