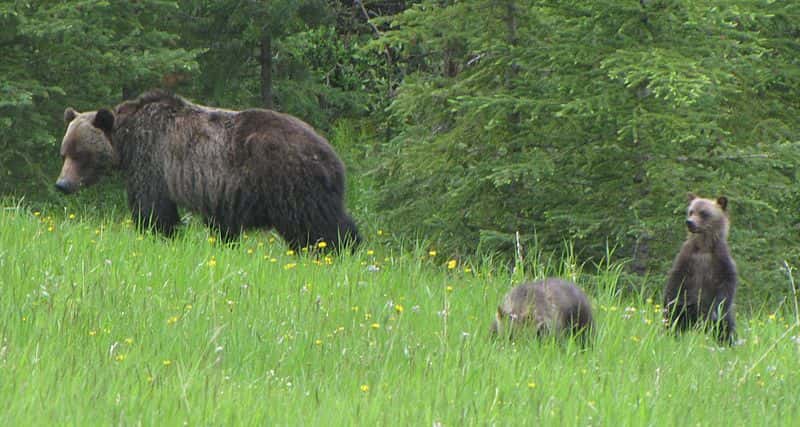 USFWS has boosted the number of threatened bears that could be killed in a high-conflict cattle-grazing area in Wyoming.

The following is portion of an article from WyoFile:

The U.S. Fish and Wildlife Service has boosted the number of threatened grizzly bears that could be killed in a high-conflict cattle-grazing area on the Upper Green River.

In a “biological opinion,” the federal agency said increasing the grizzly limit from nine to 11 over a rolling 3-year period wouldn’t jeopardize the species in the Greater Yellowstone Ecosystem. Mark Sattelberg, Wyoming field supervisor for the agency which protects the bear under auspices of the Endangered Species Act, made the determination Wednesday.

“That’s the first decision we have to make — does this project cause the possibility of jeopardy of losing the Yellowstone population,” he said Thursday. “The answer is no.”

Fish and Wildlife has increased the limit three times in five years, said Bonnie Rice of Sierra Club, who criticized the new limit. The grazing allotments are known as the highest conflict area for grizzlies in the Yellowstone ecosystem, with at least 15 grizzly bears killed for eating livestock since 2010, Sierra Club said in a statement.