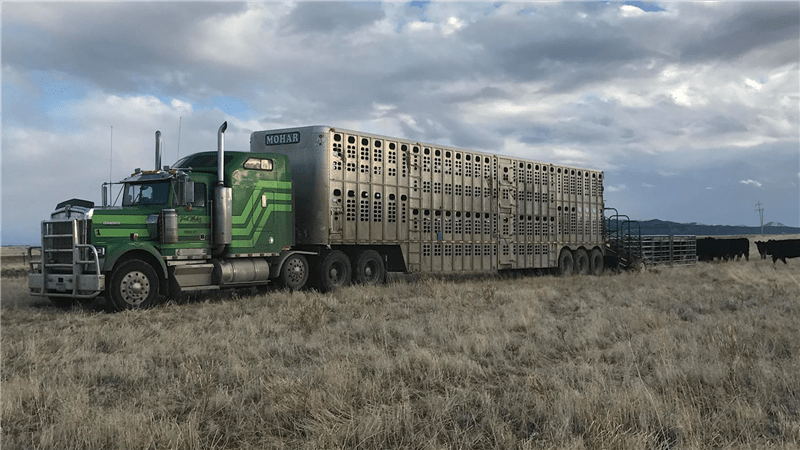 Livestock groups are disappointed about a regulatory decision by the Federal Motor Carrier Safety Administration denying an exemption application over hours-of-service rules for hauling livestock.

The Federal Motor Carrier Safety Administration (FMCSA) handed down the decision Monday to deny an application from several livestock and agricultural groups over the hours-of-service (HOS) rules.

The livestock groups asked FMCSA back in 2019 to allow a total of 15 hours in a 16-hour period. Right now, livestock haulers are permitted to drive in an exemption zone of 150-mile radius to a destination that doesn’t count toward HOS limits. The livestock groups requested to add the 15-hour drive limit outside of that 150 air-miles radius. The request applied to all livestock, insect and aquatic animal haulers and their drivers.

Typically, HOS limits drivers to 11 hours of driving after 10 consecutive hours off duty. Drivers are required to at least a 30-minute break after driving for eight cumulative hours. Drivers may not drive beyond 14 consecutive hours after coming on duty.

The livestock groups said the maximum driving and on-duty limits under the HOS rules could place livestock at risk and impose more burdens on livestock haulers in rural areas of the country.

“We are disappointed in FMCSA’s decision, especially when the cattle and beef supply chain faces continued stress from driver shortages and a potential rail strike,” said Kent Bacus, National Cattlemen’s Beef Association (NCBA) executive director of government affairs. “Hauling cattle is very different from hauling consumer goods, which is why NCBA will continue urging Congressional leaders to support expanded hours-of-service flexibility for livestock haulers so they can continue making their critical deliveries.”

In their application, livestock groups suggested drivers could maintain the same level of safety and awareness by adopting fatigue risk management practices used in countries such as Australia.

“We are disappointed FMCSA denied the request without more seriously considering or addressing the proposed safety measures industry brought forward,” said Jara Settles, general counsel and vice president of Risk Management for the Livestock Marketing Association. “Livestock haulers have an excellent safety record, and our drivers haul a very unique cargo. The Livestock Marketing Association and the groups we work with will continue to seek commonsense flexibilities for these special drivers to make sure livestock get where they need to go in a safe and responsible manner while meeting the ever-growing needs of the American food supply.”

The application drew 294 comments of support filed by groups, including individual truckers who haul livestock. Groups supported the additional four hours of drive time to get livestock to their destination quicker, especially in warmer weather. Supporters noted livestock typically cannot withstand the stress of 10 hours stopped without airflow and the added time in a trailer.

The application by livestock groups was opposed by the National Transportation Safety Board, the Commercial Vehicle Safety Alliance, the Truckload Carriers Association, the Iowa Motor Truck Association, and the Animal Welfare Institute.

The Iowa Motor Truck Association commented that livestock haulers should be held to the same HOS standards as the rest of the industry. If a load requires more than the normal 11 hours of driving, then a carrier should be required to put a team of two drivers in the vehicle. This would allow them to get the load delivered but also remain in compliance with HOS rules, the group stated.

In denying the application, FMCSA ruled that once the 15 hours of drive time was stacked on the 150-air-mile exemption zone, that would translate into potentially 21 or more hours of driving during a work shift. That type of sustained driving “would not likely achieve a level of safety that is equivalent to, or greater than, the level that would be achieved absent the exemption.”

Rep. Dan Newhouse, R-Wash., denounced the decision, saying the Department of Transportation did not consider the recommendations of farmers and ranchers who transport livestock.

“It will also cause undue harm and leave these animals susceptible to heat, cold, and other extreme conditions,” Newhouse said. “With unprecedented supply chain disruptions, a looming threat of a rail shutdown, and a truck driver shortage facing communities across the country, now is not the time to be placing additional stressors on this industry. DOT should reverse this decision and continue working to meet the unique needs of livestock transportation.”