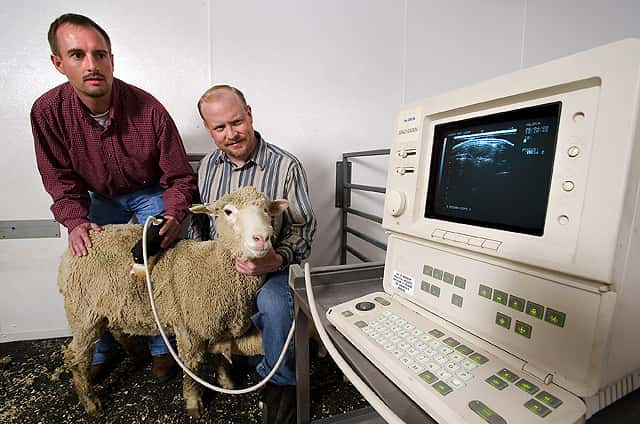 Operating for over a century, an Idaho sheep research facility is now a target for possible closure.

BOISE, Idaho (AP) — Federal officials are seeking public comments about whether to keep open a sheep research facility that has operated for about a century on the Idaho-Montana border near Yellowstone National Park.

The U.S. Department of Agriculture is holding listening sessions on Wednesday and Thursday concerning the U.S. Sheep Experiment Station near Dubois in eastern Idaho.

The agriculture department said lawmakers had a 30-day deadline to respond to Vilsack's letter. The station operates on money previously approved by Congress in the current budget. To close the station and send the allocated money to other districts, the agriculture department would have to first get the approval of top subcommittee members on the Committee of Appropriations in both the House and Senate.

But lawmakers objected to the closure, so the agency is going through a more formal process.

“I'm pleased to see that USDA is now willing to hear from the people of Idaho on the future of the Sheep Station,” said Rep. Mike Simpson, R-Idaho, in an email to The Associated Press. “I oppose its closure, believe the unique research done there is critically important, and intend to fight to keep it open. So I hope those who share similar concerns will show up and demonstrate to USDA the Station's importance to the sheep industry and the economy of eastern Idaho.”

The Agriculture Department's Agriculture Research Service runs the sheep station on about 48,000 acres. In addition, it grazes sheep on other public land in Idaho and Montana.

The station has also been the target of lawsuits by environmental groups who contend it harms wildlife, including threatened grizzly bears, in the area that is a corridor between Yellowstone National Park and the mountainous wilds of central Idaho.

Environmentalist groups blame the station for the deaths of several grizzly bears in the area. They contend one bear was killed by someone protecting sheep.

The most recent lawsuit filed a month ago involved a biological opinion issued in May by the U.S. Fish and Wildlife Service concerning grazing done by the sheep station.

“The value (of the sheep station) to the general public is very small, if anything,” said Ken Cole of Western Watersheds Project, one of the groups in the lawsuit. “It's basically another subsidy for the sheep industry.”

Comments can also be made by email to michael.arnold@ars.usda.gov or colette.wood@ars.usda.gov. The deadline is Aug. 14.

“This gives the public the chance to weigh in on the sheep station,” said Sandy Miller Hays, director of information staff for the agriculture department's Agricultural Research Service.

A Wolf in Sheep’s Clothing?