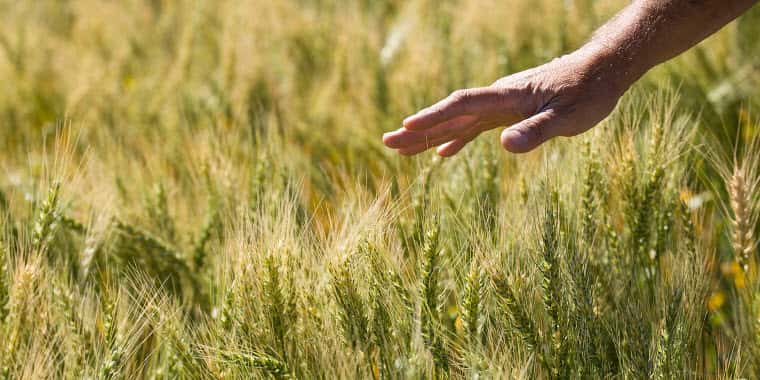 The official winners are…

“Allowing Montana producers as well as consumers around the world the opportunity to name the new varieties was a great way to highlight the MSU breeding programs and not only get people excited, but also involved in the work happening in varietal development,” said Executive Vice President of the Montana Wheat and Barley Committee Cassidy Marn. “The response rate was extremely high, and we are excited for growers to have four new tools to utilize in their operations in the future.”

The committee’s goal was to generate excitement and get more people involved with this year’s plant variety releases. A list of clever possible names, many honoring industry legends, or locations throughout the state, for three new wheat varieties and one new forage barley variety and was populated for the public to vote on. The voting generated hundreds of submissions as well as media coverage from around the nation.

MT Raska is described as an early flowering semi-dwarf durum that has high yield potential, maintains high test weight even under very dry conditions and has very good standability under sawfly pressure. The new variety gets its name from long-time industry leader and former Executive Director of the Montana Grain Growers Association, Lola Raska.

“This is a very nice honor and I’m truly humbled,” said Raska. “It’s especially meaningful to me for a couple of reasons, one, because the name was chosen by growers across the state who took the time to vote in the naming contest and two, because Durum was the long time crop of choice on my family’s farm in Northeastern Montana.”

MT Blackbeard is described as a standard height durum that yields very well under dryland conditions and has a high percentage of large seeds, high gluten strength, and low grain cadmium.

“We are excited about the recent release of both MT Raska and MT Blackbeard,” stated Dr. Mike Giroux, Professor and Plant Sciences and Plant Pathology Department Head.

“Both of these new varieties have very good yield potential under dryland conditions, and both should fill a niche and offer growers improved yields versus currently available durum varieties,” said Andy Hogg, Research Associate at MSU.

MT Cowgirl is described as a taller, high yielding, awn-less forage with an extended grain fill period that is certain to be widely adapted in the Northern Plains.