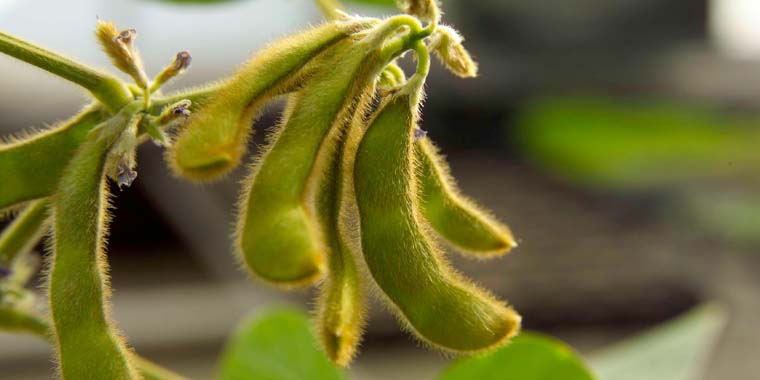 Mr. Benham is among a small but growing number of Midwestern farmers moving away from biotech seeds developed by Monsanto Co., DuPont Co. and other companies in response to lower crop prices over the past two years that have slashed farm profits.

Fueling the trend are packaged-food companies such as General Mills Inc. and Post Holdings Inc. that have moved to strip genetically modified ingredients from some products.

Food companies pay extra for non-GMO grain and oilseeds due to the relatively small supply and the cost of separating those crops from the genetically modified versions that dominate the U.S. Farm Belt.

“I was profitable because I made the switch,” said Mr. Benham, who farms near Versailles, Ind. “In our business margins are so critical that we chase a dollar anytime we can.”

Many Midwestern farmers who have made the switch say their motives are economic and not an embrace of the anti-GMO movement that has intensified in the U.S. in the past few years. Critics of biotech crops say more research is needed on whether foods containing GMOs are safe for consumers and argue the crops rely on synthetic pesticides and fertilizers that could hurt the environment. The Food and Drug Administration and many U.S. health and science groups say food made with GMOs is safe.

“We're seeing more interest in producing for the [non-GMO] markets than we ever have,” said Lynn Clarkson, president of Clarkson Grain Co., a company in Cerro Gordo, Ill., that contracts with farmers to grow non-GMO crops. “The drop in [crop] prices has put many farmers in a break-even or loss situation for the 2014 crop.”

The shift is boosting sales for some smaller U.S. seed makers that specialize in non-biotech crops.

Non-GMO seed sales at Albert Lea Seed House Inc. are on track to jump by about one-fifth this year and it already is sold out of some varieties, said Mac Ehrhardt, co-owner of the company, which had $24.5 million in total sales last year. Many of those sales are to farmers looking to save money by purchasing non-GMO seeds, which typically are cheaper than biotech versions, he said.

“We're getting calls from people who never bought corn from us,” Mr. Ehrhardt said.

Some large biotech-seed companies view the trend as an incremental increase in a niche market.

Monsanto sells some non-GMO corn and soybean varieties, but “they're always in excess and never sell out,” said Robert Fraley, Monsanto's chief technology officer, who helped pioneer biotech crops in the 1980s. “We see the trend going the other way.”

DuPont, which sells biotech seeds and estimates it is the market-share leader in non-GMO corn and soybean seeds, expects its sales of those products will likely increase by “low to mid-single digits” this year, according to Russell Sanders, DuPont's director of food and industry markets.

“No question there's a bigger move, in some areas,” said Mr. Sanders, who talks with food companies about their need for grains and oilseeds as DuPont plans its seed production. Still, he said, the non-GMO seed business isn't yet at an “inflection point.”

For many farmers, switching to the non-GMO crops means deploying a broader array of pesticides, some of which they say already are needed to kill weeds that have evolved to survive common herbicides like Monsanto's Roundup. Savings on typically cheaper non-GMO seeds mostly offsets the cost of additional chemicals, farmers say.

Wendel Lutz, who farms about 500 acres near Dewey, Ill., said he has shifted his soybean fields entirely to non-GMO varieties and plans to plant more non-GMO corn this year. He said the lower-tech crops generally yielded about the same amount of grain and oilseeds as the biotech varieties.

“Money talks,” said Mr. Lutz, age 57, who said he secured a $2 per-bushel premium for his soybeans last year. “I'll be looking to do it from here on out.”