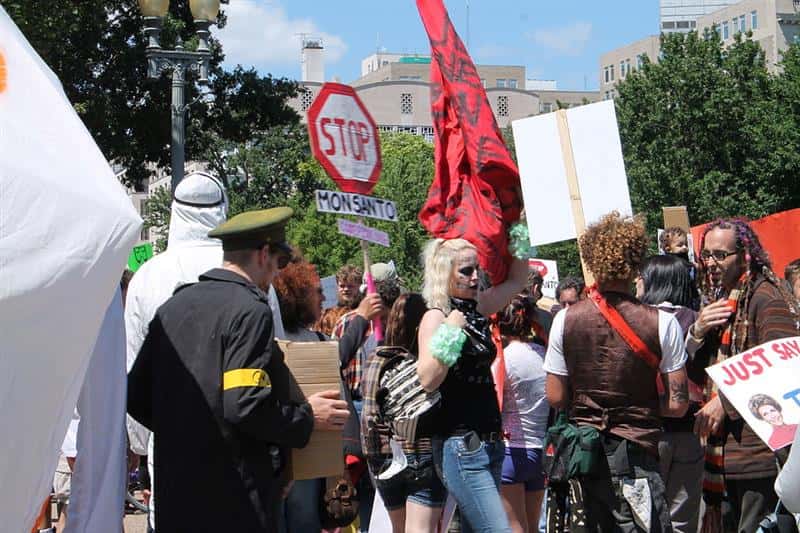 The following article is from Reuters:

Advocates of mandatory labeling of genetically engineered crops in Oregon said they had collected more than enough signatures to qualify a measure for the November ballot, and planned to submit them on Wednesday to state officials.

The statewide ballot measure, if it passes, would require labeling of products containing genetically modified ingredients intended to make them resistant to disease and insects, beginning in January 2016.

“We’ve done this in a very short period of time,” Oregon Right to Know spokesman Sandeep Kaushik said of the 150,000 signatures collected since the group won a court challenge in May to seek the ballot measure. “We’re really pleased with how well our signature gathering has gone.”

The group needs 87,213 valid signatures by Thursday to get its measure on the ballot.

GMO labeling advocates say there are concerns about the safety and environmental impact of genetically engineered crops, and labels would help consumers distinguish products containing GMOs so they can avoid them if they wish.

But the move away from GMOs has upset the food and agriculture industries, including makers of genetically modified corn, soybeans, canola and other crops widely used in packaged foods. They say their products are safe and that mandatory labels will confuse consumers and increase costs.

Scott Dahlman, executive director of Oregonians for Food and Shelter, said in a statement he expected a broad base of opposition if the initiative qualified. Oregonians voted against GMO labeling in 2002.

“This is a costly and misleading initiative that would hurt thousands of Oregon family farmers and small store owners, cost Oregon taxpayers millions of dollars and increase grocery bills for Oregon families by hundreds of dollars each year,” he said.

Voters in two small Oregon counties in May approved ballot measures to ban the cultivation of genetically engineered crops within their boundaries. Kaushik said those votes showed there was widespread interest and concern over GMOs.

“People feel like they have a right to know whether the food they’re buying in grocery stores for their families is engineered in a lab or not,” he said.

Consumer sentiment has pushed a growing number of U.S. food companies to start using non-genetically modified ingredients because of the consumer backlash against GMOs. Vermont in May became the first state to mandate GMO labeling.