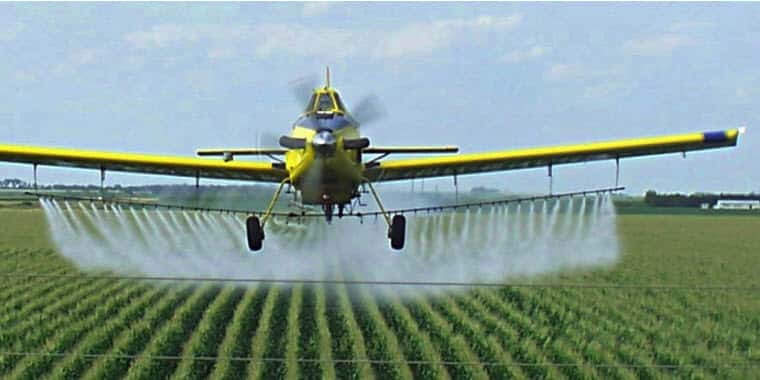 Northern Ag Network update:  Be sure to check Agriculture Commissioner Doug Goehring's response to the audit findings at the bottom of the page.

The Environmental Protection Agency will assume oversight of North Dakota pesticide inspections because an audit concluded that the state hadn't conducted acceptable inspections for years.

The report by the EPA's independent Office of Inspector General has incensed North Dakota Agriculture Commissioner Doug Goehring, who says the state is being treated unfairly by the federal agency.

“They don't seem to understand or realize how you need to operate in the real world,” he said Tuesday.

The OIG issued a report Monday saying North Dakota facilities that produce or handle pesticides have not been federally inspected for 14 years, and that about 1,300 pesticide imports that have come through the state since 2011 have not undergone federal inspections.

“Without such inspections, residents in other states and locations in the United States, in addition to North Dakota, could be at risk,” according to the report signed by EPA Inspector General Arthur A. Elkins Jr.

North Dakota's Agriculture Department handles inspections of pesticide handlers in partnership with EPA, and receives funding from the federal agency for that work. However, the OIG concluded that the agency should not accept “the state's preference that federal inspections not be carried out in North Dakota.”

The report says 14 years have passed since acceptable inspections of pesticide facilities in North Dakota have occurred. Goehring, meanwhile, contends about 680 proper inspections have been conducted in that time.

“I feel like we’ve been thrown under the bus,” said Agriculture Commissioner Doug Goehring. “North Dakota inspectors have been routinely conducting producer establishment inspections, under state and federal law and authority, through a cooperative agreement with EPA to ensure there is no risk to human health and the environment.”

Goehring also stated that the agreement does not specify these inspections are to be conducted with federal credentials.

Producer establishments are facilities where pesticides are manufactured, packaged, repackaged, labeled or relabeled.

“There is a real disconnect between OIG and field level operators, like Region 8,” said Goehring. “OIG should praise EPA Region 8’s support of North Dakota’s programs which have developed new and innovative ways of doing business by clarifying and assisting the regulated community with tools like the pollinator protection plan, improving pesticide label language, creating web-distributed labeling, and innovative regulatory models, to name a few.”

NDDA will continue to provide pesticide education and outreach within the state of North Dakota and work with EPA to safeguard the sale and use of pesticides through inspection, registration and labeling.