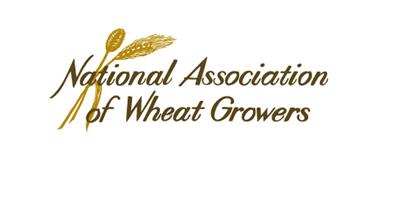 “NAWG is very pleased to have Chandler on board,” said NAWG President Gordon Stoner, a wheat grower from Outlook, Montana. “With our industry at a critical juncture, we know that with Chandler’s guidance, NAWG will be in a great position to advocate on behalf of all wheat farmers. We are delighted to have such a talented and experienced person lead our D.C. staff.”

In addition to his NAWG CEO responsibilities, Goule will also serve as the executive director of the National Wheat Foundation (NWF).

“Wheat has many challenges ahead, and we know Chandler is up to meeting them all head-on,” said NWF Chairman Phil McLain, a North Carolina wheat grower.

Originally from Texas, Goule holds degrees from Texas A&M and George Washington University, and served as a Subcommittee Staff Director for the House Agriculture Committee before moving to the National Farmers Union in 2009 as Vice President of Government Relations. He was appointed Senior Vice President of NFU Programs in 2014.

“The U.S. wheat industry is poised to reach new heights in both production and quality,” stated NAWG CEO-designate Goule.  “I am thrilled and honored to have this opportunity to work alongside our national wheat grower leaders in positioning NAWG and NWF as pre-eminent wheat advocacy and educational organizations as we begin to develop strategy for making wheat a major player in the drafting of the next farm bill.”

Stoner believes that with the experience Goule gained in his legislative work in Congressional offices, as well as his leadership experience on the House Ag Committee and at the NFU, and his work on three previous Farm Bills, Goule will provide beneficial policy and legislative guidance to NAWG as it develops priorities for the next farm bill.