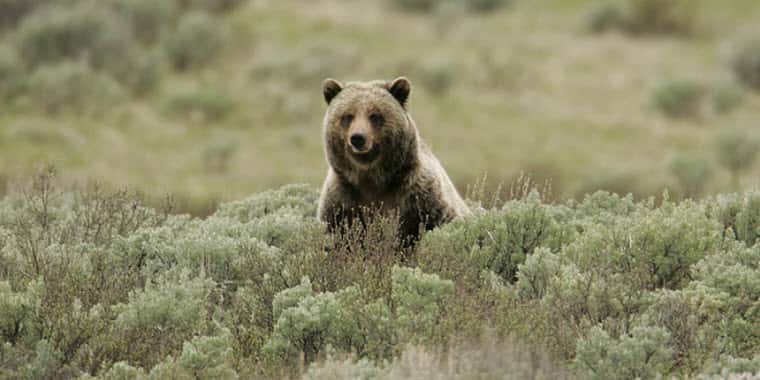 Grant to Reduce Conflict Between Livestock and Predators

The USDA Natural Resources Conservation Service (NRCS) announced last week that a colossal coalition, spanning 20 groups across seven states and two tribal nations, had been awarded a conservation innovation grant of almost $1 million to reduce the financial and social burden of expanding predator populations through innovation and evaluation of practices that reduce agricultural conflict with predators like bears and wolves.

“Grizzly bear recovery in the Northern Rockies is a major conservation success story, but if we don’t develop more and better tools for reducing livestock losses, ranchers in the Madison Valley won’t survive the grizzly’s comeback,” said rancher and director of coalition partner Madison Valley Ranchlands Group Linda Owens. “Without viable ranches, there will be far less habitat for bears in the long run.”

Heart of the Rockies Initiative, a non-profit partnership of land trusts, was officially awarded the grant, which totals $886,255 to be spent over three years (2021-23). The High Divide Collaborative played a key role in mobilizing a partnership of landowner-led groups to join the coalition. The team application was a product of the Conflict Reduction Consortium, a group convened by the Western Landowners Alliance to bring landowners into direct dialogue with public agencies and conservation groups to advance solutions to human-wildlife conflicts. The grant is part of a growing acknowledgment of the need for more solutions to human-wildlife conflict including recent passage of the America’s Conservation Enhancement Act and the 2019 John D. Dingell, Jr. Conservation, Management, and Recreation Act.

“The initial work done by the coalition to solicit input from and build relationships with partners and producers in local communities across the project area is commendable and will go a long way toward fostering adoption of proven conservation practices,” said Tom Watson, State Conservationist for NRCS in Montana. “NRCS is excited to support focused efforts by conservation partners to solve complex issues facing Montana’s farmers and ranchers.”

Partnering closely with landowners and the NRCS, the coalition will work to increase adoption of the most effective practices, which may include electric fencing, range riding, carcass removal, and others. In particular, the program will develop knowledge-sharing resources and work with NRCS to determine the practice’s eligibility for dedicated conservation cost-share funding from the agency.

“Protecting livestock from predators is a complex endeavor,” said Nelson Shirley, president of Spur Lake Cattle Company, which shares land with packs of federally endangered Mexican Gray Wolves in Arizona and New Mexico. “We’re hopeful that new non-lethal methods of preventing depredations can be developed from these field trials.”

The groups involved in the coalition to receive the grant include:

What to Know About Bovine Tuberculosis

How Many Heifers to Keep as Replacements?