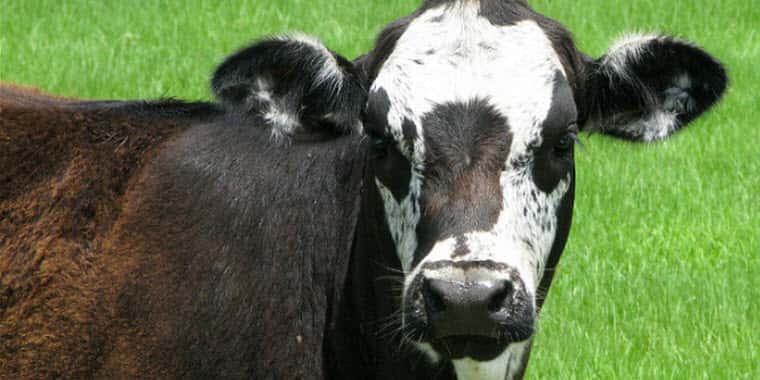 In an eyebrow-raising report last week, Bloomberg says that if you’ve eaten grass-fed beef over the past few years, chances are it wasn’t raised in the U.S., even if the package says “Product of USA.” The article highlighted meat producer Perdue Farm’s plan to remedy that concern.

The report says that as consumers seek out premium animal products, grass-fed beef is riding a wave of popularity, hitting $480 million in supermarket sales for the 52 weeks ending April 20, up about 15% year-over-year – compared with 3% for the rest of the sector. Restaurants have also jumped on the bandwagon, with shipments from distributors to independent and small chain restaurants increasing 15% last year.

Mainstream retailers such as Kroger, Walmart and Safeway carry beef with “grass-fed” labels, Bloomberg says, as do casual restaurant chains as Panera and Chipotle, among others.

But as appetites for more “naturally raised” beef have grown, so have cheaper imports. Bloomberg cites Stone Barns Center for Food & Agriculture data that show much lower cost for imported grass-fed beef, due largely to the fact that most U.S. young cattle that could be slaughtered off grass produce higher returns when sold for finishing in feed lots.

In addition, many countries lack abundant stocks of competitively priced grain for cattle feed and so Australia, New Zealand and many South American operators sell their beef after being fed on grass. As a result, less expensive grass-fed beef from these countries has been flowing into the U.S. for some time. By value, 75% to 80% of grass-fed beef sold in the U.S. comes from abroad, according to the Stone Barns report.

In 2015, the US government repealed its highly controversial “country of origin” labeling requirements. Under current rules, imported meat products that are “processed” in the United States (which could mean simply cutting a large piece into smaller ones in a USDA-inspected plant, Bloomberg says)—and receive a “Product of USA” stamp.

Bloomberg says the labeling is “even trickier” than it seems, since the designation “grass-fed” lacks any official definition in contrast to USDA’s official “organic” label with its specific rules and standards. In fact, “grass-fed” does not even mean animals are mainly held on pastures.

Some “grass-fed” beef comes from “grass feedlots,” where they are confined in pens and fed grass pellets, according to Stone Barns. Other products are labeled “grass-fed, grain-finished,” a shorthand for the standard industry practice of raising calves on grass and then fattening them on grain.

Bloomberg thinks this “vague and misleading” labeling extends “up and down U.S. supermarket aisles” and makes many consumers skeptical when they read claims on food packages.

Now Perdue—more famous for selling chickens than beef—says it is “building a market for grass-fed beef that’s truly made in America,” even if it costs more than the imported kind. Led by Jeff Tripician, president of Perdue’s premium meat division, the company said it is acquiring Panorama Meats, the largest U.S. producer of grass-fed, certified organic beef fed from USDA-certified organic grasslands in Northern California, Southern Oregon, Montana, South Dakota, Nebraska, Wisconsin and Colorado, Perdue said.

However, Bloomberg notes that “truly grass-fed cattle” take longer to raise than conventional beef, “contributing more methane to the atmosphere” and expects that some environmentalists will argue that this will “further fuel global warming.” American cattle are typically “finished” and marketed after a 16- to 20-month life including several months on concentrated grain feeds, Bloomberg thinks. “Organic and grass-fed cattle” need 20 months to 28 months to reach market weight.

Beef labels have considerable recent U.S. history, it turns out. In 2008, Congress required the industry to use labels that described the product’s “country of origin” — and which gave a superior rating only to products of animals born, raised, fed and slaughtered in the United States.

Because much of the U.S. supply chain depended on young animals from Mexico or Canada, the policy was quite controversial and highly criticized by many—and, considered a violation of international rules. In response, a much smaller share of “domestic content” is now required to qualify as a “domestic” product.

In addition, the benefits of even well-managed grazing systems may prove elusive, Bloomberg thinks although advocates of grass-feeding claim very broad benefits. For example, Tripician argues including better animal welfare, soil and reductions in grain transportation and a reduced carbon footprint. Now, with Perdue’s backing, the hope is that market access for Perdue’s American grass-fed beef will expand and that consumers, at least, will know what they’re buying.

The U.S. beef industry tends to be highly competitive and traditional grain-finished beef is widely considered very high quality — so, Perdue’s efforts likely will encounter growing competition from other producers.

Also, it is likely that the charge that USDA labels are misleading will be unwelcome for much of the beef industry and for the USDA policies that faced storms of criticism during the “country of Origin” fight. Clearly, social norms for complex industry operations that have narrow margins and are extremely difficult to define or police will continue to be difficult to provide in spite of industry efforts to satisfy potentially lucrative markets, DTN’s Washington Insider believes.