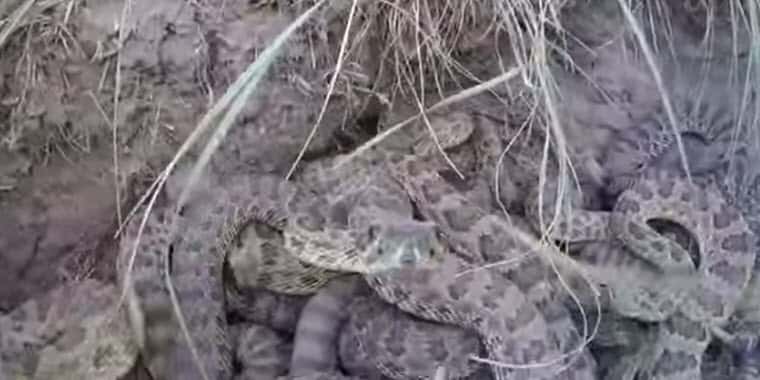 A recent clip of a rattlesnake den taken by a Montana cowboy, shot using a GoPro camera attached to a hockey stick, has racked up over 3 million views on YouTube.

According to the Montana Standard (http://bit.ly/1LSPxBb), Delaney grew up on his family's cattle ranch northeast of Grass Range, and located about a half mile away is the rattlesnake den shown in the video.

The video shows Delaney approaching the rattlesnake den, which is only a half-mile from the family ranch.  He apparently attached the GoPro to a hockey stick to lower it into the den  (which we don't think would be nearly long enough!).  The camera fell into the den and gives a cringe inducing close-up of the snakes.

It's quite a video!